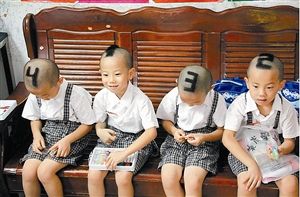 The first day of school can be rough. There’s this strange and combustible mixture of anxiety and giddiness and despair and pent-up energy, to say nothing of the fact that no one knows anyone else’s name.

In Shenzhen, one set of parents have come up with a remedy: shaving identifiers into their children’s heads. In this case: quadruplets, with the identifiers being 1, 2, 3 and 4.

This is cool and all, but we kind of feel sorry for these kids — for the next several months, they’ll simply be known by their number. Though if humanity is to go down this dystopia of anonymity, it’s good to have a number in the single digits, I suppose.

This story has gone viral on Sina Weibo, with nearly 13,000 forwards in 13 hours. A few more pictures after the jump. 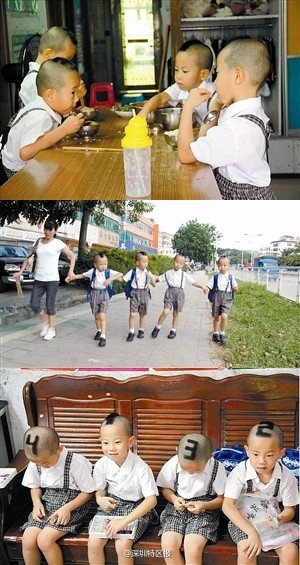