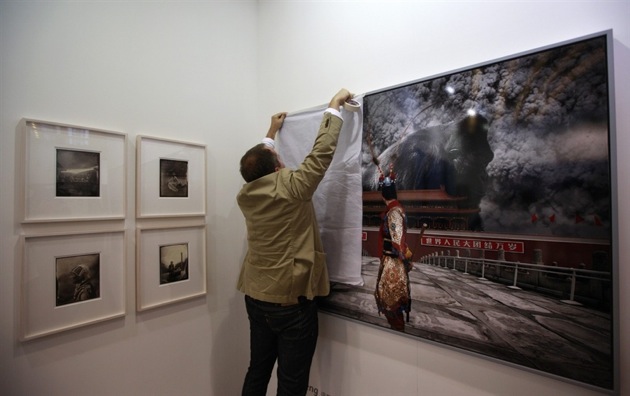 Censoring art before the party congress, via NBC News

Let’s talk American football. Who’s your favorite team, and why? Discuss over links.

In honor of the start of the NFL regular season. “‘It’s going to take a while [for the sport to catch on],’ said Casey Pierce, an American player on the Shanghai Warriors. ‘In Chinese culture people are raised to be very courteous to each other and football is very violent. Maybe in the next 7 to 10 years it’ll start to take off.’ // The NFL’s efforts have drawn plenty of scoffs from international observers skeptical that the complicated and violent game can ever gain traction in the country. // NFL China Managing Director Richard Young responded to this skepticism by comparing American football to red wine. ‘Not everybody’s going to like it,’ he said ‘But it’s a complex drink in the same way this is a complex sport. We don’t believe it’s a cultural difference as to why [American football] is so popular in the US and not here.’” [Eric Fish, China Buzz, EEO]

On Hong Kong politics, National Education, and district elections. “Expect National Education classes to rear their head again under a different name or guise. Within a few years, it will be ‘highly recommended’ that schools adopt them. And, within time, it will become compulsory. It seems the government has opted for ‘creeping normalcy‘ instead of trying to hammer it through in one go. Death by a thousand cuts, unless, of course, they try to crowbar it into other subjects.” [Hong Wrong]

Too much female flesh at an auto show? I thought that’s what auto shows were about? “Well, we kinda expected this. The Chinese government has reprimanded the organizers of the Chengdu Auto Show for allowing too much female flesh on the floor, the same thing happened in Beijing in April.” [Car News China]

Eek. “Li Zhiquan, 31, went for a nap at 4 p.m. at his home in Cunliao Subdistrict. After he was found unconscious by his younger sister at 6 p.m., his sister rushed him to Baiyun District Red Cross Hospital but Li was dead by the time he arrived. // His sister noticed that one of his hands had gone black in his sleep and she lifted the covers to find the snake. Two male family friends who were in the apartment seized the snake, which was 70-80 centimetres in length, and put him in a bag so they could show the doctor. // The breed of snake was bungarus multicinctus which is mostly found in east Asia and has highly toxic venom.” [The Nanfang]

Your ridiculous Boxun rumor of the week: “Chinese vice president Xi Jinping and and central discpline commissioner He Guoqiang were injured in two separate road accidents on the evening of September 4, sparking rumors of an assassination attempt potentially related to disgraced politician Bo Xilai, reports Boxun, a citizen journalism website that often makes claims that are difficult to prove.” [Want China Times]

On toilets, without humor. “The journalists’ rule of thumb is that you cannot report the so-called three Ts – Tiananmen, Taiwan or Tibet. // We inadvertently discovered a fourth T. // In an article in the country’s English language newspaper, China Daily, I came across an editorial featuring stinging criticism of China from the WTO. Not the World Trade Organisation, this was the less well-known World Toilet Organisation. // This WTO had ranked China as having the worst public toilets in all Asia. The paper explained how, in response, Beijing had introduced rigorous new hygiene standards – now no more than two flies are allowed in any public toilet.” [BBC Magazine]

Once a month, without fail, an article like this will appear in either Foreign Policy, Foreign Affairs, or the Economist. “Most Americans would be surprised to learn the degree to which the Chinese believe the United States is a revisionist power that seeks to curtail China’s political influence and harm China’s interests. This view is shaped not only by Beijing’s understanding of Washington but also by the broader Chinese view of the international system and China’s place in it, a view determined in large part by China’s acute sense of its own vulnerability.” [Foreign Affairs]

Belated read: Ferrari crash vs. “the incident at Chernigov.” “Beijing is not Moscow in 1990, as far as anyone can tell. China’s defining problem is not deprivation; it is, perhaps, something closer to fairness and expectation. Any political party relies, in the end, on a fragile foundation that balances performance and faith. It can lose one or the other at various times, but if it loses both at once, it’s in trouble. The Chinese Communist Party is bracing for tougher economic times ahead, and it will need rely more than ever on faith. With each new story, that gets harder. Those are the rules, and they were the rules twenty two years ago, on a cold night in Chernigov.” [Evan Osnos, The New Yorker]

“5 Things I Don’t Miss About China (Even though I don’t remember not liking them when I lived there).” [Unbrave Girl]

Dwyane Wade appears to be signing with Li-Ning. [NiuBball]

“The Ten Grave Problems Facing China”: your scholastic reading of the day. [Deng Xiaoping, translated by Eric Mu, with an introduction by Geremie. R. Barmé, The China Story] 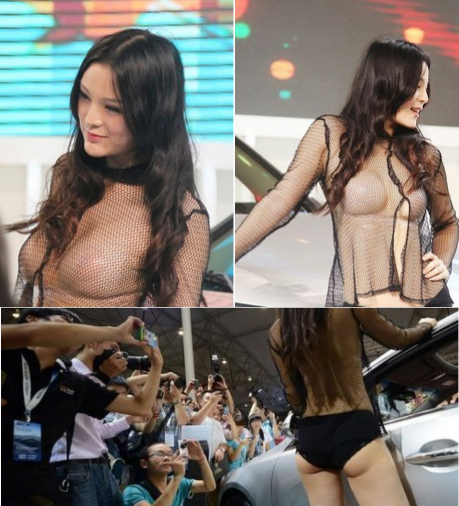