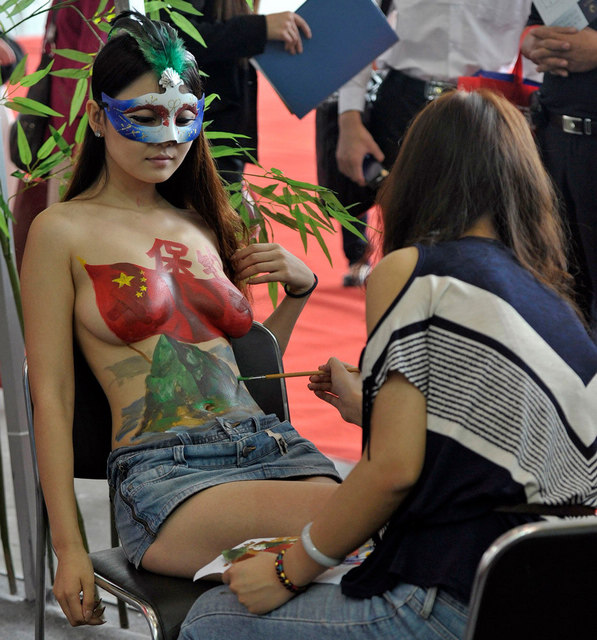 Diaoyu Island stories are winding down for sure, but the National Congress is right around the corner. We keep chugging along with links.

“Of course, recent demonstrations are not the first warning sign that the possibility of a revived Cultural Revolution remains latent.” “As @王冉 points out on Sina Weibo, China’s Twitter, the only way to prevent the kind of unconstrained and irrational violence manifested in this round of anti-Japan protests from reappearing is to thoroughly reflect on the lessons of history and start restructuring China’s political system. ‘We shouldn’t misinterpret history,’ he writes. ‘What the damaged property of our compatriots and the fires of violence show us is not the indispensability of unlimited government power or the importance of ‘preserving stability.’ Instead, [it shows] precisely that we should clean up the evil legacy of the Cultural Revolution, bravely push forward political reforms, expose politics to sunshine, force the government to take responsibility and let rule by law prevail. All of these are important and urgent.’” [Yueran Zhang, Tea Leaf Nation]

Ideas. “It may or may not surprise readers to know that the Chinese Communist Party has its own version of ‘separation of powers.’ This is the idea of a tripartite functioning of power within the Party itself, the three powers being: power of decision-making; power of administration; power of monitoring. // …If separation of powers occurred within the Party, this would effectively mean victory over the existing, entrenched system of concentration of power within the executive. That is something that won’t happen at the upcoming 18th National Congress. Nevertheless, the watchword ‘three powers’ is one to watch carefully at the 18th National Congress. Will the phrase that was included in the political report five years ago make it into the upcoming political report? If it does, will the phrasing change in any way, and how? Will the idea of three powers edge closer to the idea – and perhaps even the likelihood – of their independent exercise?” [Qian Gang, China Media Project]

On how the Japanese saw the Chinese protests last week. “First of all, the Japanese don’t see China as a victim. China’s nationalism, as belligerent as it may appear, is rooted in a sense of suffering from a “century of humiliation” that goes back to the First Opium War and the British acquisition of Hong Kong in 1842. What some of the more rabid Chinese don’t appreciate, however, is that the rest of the world—especially Japan—does not see China as the underdog. ” [Slate]

Pizza with Chen Guangcheng. “As we start our meal, I ask Chen how he likes the food in New York. His wife gives him a piece of pizza, telling him what it is and that he can use his hands to eat it. He smiles and says he likes all kinds of cuisine, especially Japanese and Indian. He explains that, while under house arrest in his village, he was regularly stopped from going out to buy food and supplies, and he and his family often went hungry. // In his simple, aphoristic style he continues, ‘Sour, sweet, bitter and spicy – they all have their own nutritional value, and it’s the same in a person’s life – eating some bitterness [having bitter experiences] also has its benefits and value.’ // I ask about his first impressions of America. Chen says he’s impressed by the freedom of speech and expression he has witnessed. ‘Ordinary people in the US are not afraid to express their own opinions,” he says. “It comes so naturally; I think it’s one of the most important factors that have made the US the world’s most powerful country.’” [Jamil Anderlini, Financial Times]

Right, “Democracy” isn’t easy. “On the first anniversary of an uprising that gave birth to the experiment, more than 100 villagers rallied outside Wukan’s Communist Party offices to express anger at what they saw as slow progress by the village’s democratically elected governing committee to resolve local land disputes. // ‘We still haven’t got our land back,’ shouted Liu Hancai, a retired 62-year-old party member, one of many villagers fighting to win back land that was seized by Wukan’s previous administration and illegally sold for development.” [Reuters]

Oh dear. “In the morning of Aug 28, 3-year-old little girl, Qingqing (alias) got on the shuttle bus to go to her kindergarten. But when her parents saw her again in the afternoon, she had already stopped breathing, her scared body was covered with someone else’s clothes. The police said that she died of heat stroke when she was left inside the bus accidentally by her teachers. But her parents could not accept this because the lower part of her body had blood which indicated sexual assault.” [China Hush]

This man really loves roller coasters. “He Kuiming comes from Shenyang City and after retiring he came to Dongguan to live with his daughter. From 2:45 p.m. until around 7 p.m. he rode the roller coaster, occasionally snacking on bread during intervals.” [The Nanfang] 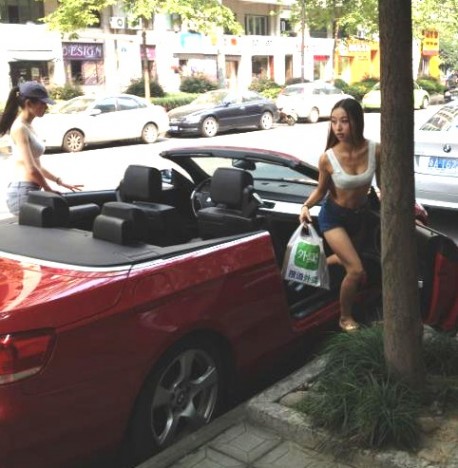 Mop via Car News China: “A food delivery company in the great city of Hangzhou wanted to earn money and came up with the only solution: sex and cars.”

2 Responses to “Top-of-the-Week Links: Gearing up for the National Congress, Japanese response to China’s anti-Japan protests, and a conversation with Chen Guangcheng”