Around 8 pm at the opening ceremony for the 14th West Lake Expo, two batches of fireworks landed and exploded among spectators, affecting “151 people or so,” according to China News. You can see the video above, taken by someone in the accident zone.

Nearly 100 people were sent to the hospital. As of today, all but five have checked out, and of those five, the most seriously injured appears to be an elderly man who suffered an ear injury (picture after the jump).

The local government has issued a public apology. There’s a second view of the fireworks after the jump — it looked like a hell of a show that, unfortunately, got a out of control. Update, 10/15, 11:13 am: One more video from you, with extended chaos toward the end. 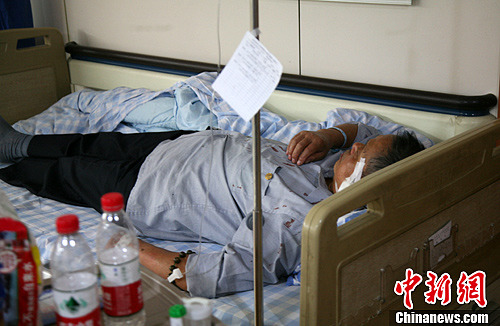 Here’s a view of the show from afar:


One more look at the mayhem: