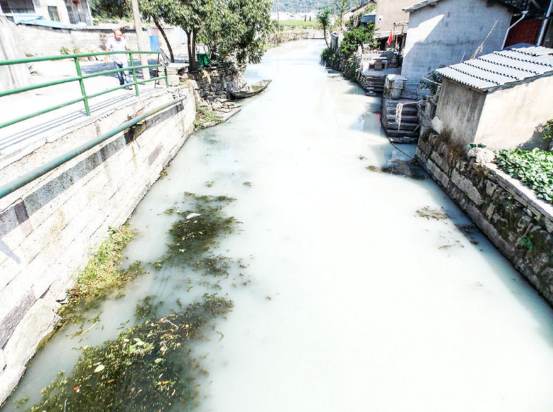 “Milk River” in Shaoxing, Zhejiang province, due to pollution; via QQ

On the US government report regarding Huawei and ZTE: “After I read the report, I realized that one could take use it as the core of an excellent book about U.S.-China business challenges and Chinese overseas direct investment to the West. The document is chock full of interesting passages that illustrate bilateral problems between the two governments and also cultural differences that I’ve seen over the years with Western and Chinese companies. Among other things, the report made me realize that Chinese companies still have a very long way to go before they will be truly successful in certain overseas markets. // …Who is the bad guy here? Honestly, after thoroughly poring over the report, I empathize with both positions. In later posts, I will explain in detail how I arrived at that conclusion, but what it comes down to is this: the Congressional investigation was doomed from the start.” [Stan Abrams, China Hearsay]

“Journalists.” “Since Wang Guan arrived in the U.S. from Beijing in February, the correspondent for state-owned China Central Television embedded with the U.S. Navy and broadcast live from the Republican and Democratic conventions. ‘It’s exciting … to observe democracy in action,’ he says. // Guan is one of 100 journalists who CCTV has put to work in Washington, D.C., this year. He and a few dozen colleagues send dispatches in Mandarin to 42 channels back home, while 60 others produce business and news-magazine shows for a new English-language channel.” [Bloomberg Businessweek]

In honor of this week’s Nobel Prize announcements. “A source close to the family has told us that Liu Xiaobo will not agree to leave China as that would lead to his voice being marginalised. // But the source said that Liu Xiaobo’s wife Liu Xia is ‘suffering mentally’ because she has now spent two years under illegal house arrest and continues to be detained. // It was exactly two years ago when Liu Xiaobo, a soft-spoken academic, won the Peace Prize for his calls for peaceful political reform in China.” [BBC]

Tracy McGrady close to finalizing contract with Qingdao. “McGrady, who is one of the most popular players of all-time in China due to his previous affiliation with the Houston Rockets and Yao Ming, had been rumored with a move to China over the last two years, and his negotiations with Qingdao have been widely reported over the last month both in China and in the West. Last season, McGrady was speculated to be considering a move to Chinese outfit, Foshan, before eventually deciding to play another season in the NBA.” [NiuBBall]

China is reforming its labor camps? “China’s government is working on reforms to its system of imprisoning people in labor camps without trial, a senior judicial official said Tuesday in a sign that Beijing recognizes the much-criticized camps are problematic. // …Some 190,000 Chinese were being held in 320 re-education centers in 2009, according to a U.N. Human Rights Council report. That’s in addition to an estimated 1.6 million Chinese held in the formal prison system.” [AP]

Wonder what it took to ground these flights. “A suspect was detained by police in northwest China’s Xinjiang Uygur Autonomous Region late Monday night, hours after a plane made a forced landing because of a terrorist threat he allegedly fabricated.” [Xinhua]

Suicide? “An online message posted by renowned writer Zhou Meilan on Sunday following the mysterious death of her daughter has attracted much attention and been forwarded hundreds of thousands of times. // The message posted via Zhou’s Weibo account said that her 12-year-old daughter, Fu Meisijin, went to buy food from a market not far from her home in Beijing’s Dongcheng District about 4:10pm on Saturday. // After two hours, she hadn’t returned. // Zhou and her husband went out to find her, but the security guard of a local residential community directed them to the mortuary. The guard had called the police after hearing a crash and finding Fu Meisijin’s body about 4:30pm.” [Shanghai Daily]

The girls in the picture aren’t very chubby. “People tend to think wealthy single men look only at pretty girls when considering taking a wife. However, the Hubei-based Chutian Metro Daily reports many men are on the lookout for a chubby wife who, if an old Chinese superstition is to be believed, will bring their husbands good luck.” [Want China Times]

A Sima Nan supporter posted this on Sina Weibo: “An Iraqi journalist threw a shoe at American president George Bush and was sentenced to three years in prison, and China’s public intellectuals all felt he deserved it! When a student in Britain threw a shoe at China’s Prime Minister, he was arrested and sued and China’s public intellectuals felt he deserved that too! Now that a shoe has been thrown at patriotic scholar Sima Nan, they’ve changed tune completely and say not just that the shoe should have been thrown, but are also cursing out Li for criticising the thrower! The thuggish nature of China’s universal values clique once again proves that they’re nothing more than two-faced beasts!!!” [John Kennedy, trans., Morning Clicks, SCMP]

“Here are the teams which will be preventing China from qualifying for the AFC Asian Cup 2015.” [Shanghaiist]

One family’s account of a tourism nightmare. [Tea Leaf Nation]

Another from the Guangzhou Sex Culture Festival. [Tania Branigan, The Guardian] 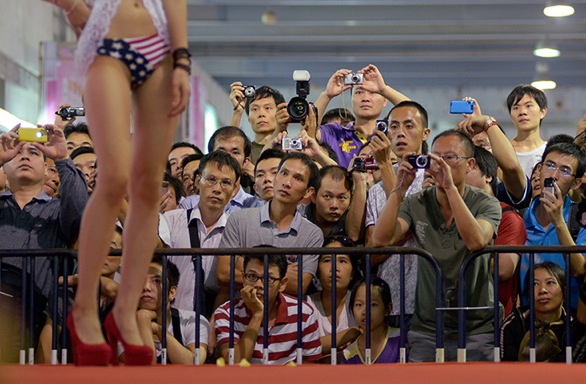 Via Dan Chung, The Guardian