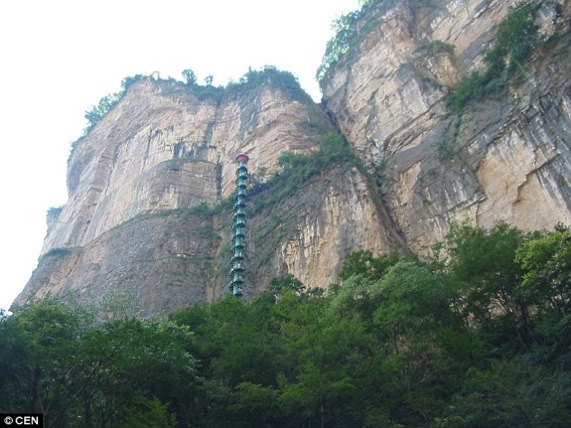 Via Daily Mail: “The 300ft spiral staircase has been installed on the wall of the Taihang Mountains in Linzhou to offer the thrill of mountaineering without the danger.”

We’re very excited and proud to announce that starting tomorrow morning, Laowai Comics will be appearing on this site every Thursday. If you’re wondering whether you should check out LC’s impressive backlog of work, the answer is yes. Links will always be here.

Introducing: 2Non.org, Charlie Custer’s new project. “China’s Property Rights Law and other laws governing land use in China do not expressly forbid forced demolitions and evictions, but they do dictate that ‘appropriate compensation’ for land, fixtures, and resettlement expenses must be provided by the government, and that these compensatory funds cannot be divided, misappropriated, or embezzled. But these laws have thus far utterly failed to prevent local officials and developers from abusing the system for profit, in part because they are vague and in part because they are enforced only selectively, if at all, in many locations.” [2Non]

Another environmental protest. “An environmental protest in a small fishing town in southern China has turned into a protracted, violent nine-day clash between villagers and police, with stones thrown, tear gas deployed, and dozens injured and arrested, witnesses said Monday. // …The most recent incident began with a plan by local officials to build a coal-fueled power plant and a harbor for receiving the shipped coal in the village of Yinggehai, on Hainan island at the southern tip of China. // Fearing that such a plant could devastate the environment, residents, who mostly depend on fishing as their livelihood, began to protest the project Oct. 13.” [Washington Post]

7-to-1 is a landslide. “Obama is still very popular in China, and would win 7-to-1 over Romney, according to a poll in Sina Weibo, China’s top social media site. But more and more Chinese bloggers are rooting for the Republicans for their ‘free market’ values and because of an assumption that a Republican president might be more likely stand up to the Chinese government on the issue of human rights.” [Asia Society]

“Comfortable” probably as in being able to eat Western meals three to five times a week. “China’s online community is agog with discussion after a survey suggested a salary threshold of around 9,000 yuan (US$1,439) per month to enjoy a comfortable life in first-tier cities like Shanghai and Beijing.” [Shanghai Daily]

Gearing up for the National Congress, can you sense it? “The subtle dropping of references to late Chinese leader Mao Zedong from two policy statements over the last few weeks serves as one of the most intriguing hints yet that the ruling Communist Party is planning to move in the direction of reform.” [Reuters]

China and the US can be successful together. “In recent debates, each presidential candidate argued he is tougher on China than the other. Americans are being sold a bill of goods—that China’s growth is the U.S.’s loss. It simply is not true. It is not a zero-sum game. // China’s growth—specifically, the huge increase in spending by Chinese, the largest expansion of a consumer market in history—represents one of America’s best chances for future prosperity. Imagine 1.3 billion people with annual incomes rising from $4,000 to $12,000 over the next decade. They want brands—often U.S. brands. The U.S. has the resources and intelligence to become China’s leading trading partner and capture the benefits.” [Bloomberg Businessweek]

We’ll be talking more about this soon. “The Beijing-based startup behind the flirty hook-up app Momo is preparing to take it international, with an English version of its iPhone app submitted to Apple last week. The dating app has been picking up users at an incredible rate; I notice it was at 500,000 last December, two million by this March, and 10 million by August. And now? Now Momo has reached 16 million users.” [Tech in Asia]

Tibetan farmer sets himself on fire (graphic photos). “Following Tuesday’s incident, International Campaign for Tibet sent a photo allegedly showing Dorje wrapped in blankets after the immolation, his neck and head badly charred and swollen. It was not clear whether he was still alive when the blurry, poorly lit picture was taken.” [Huffington Post]

Rare is the story about Chinese fiction. [Businessweek]

A new blog from chinaSMACK. [japanCRUSH] 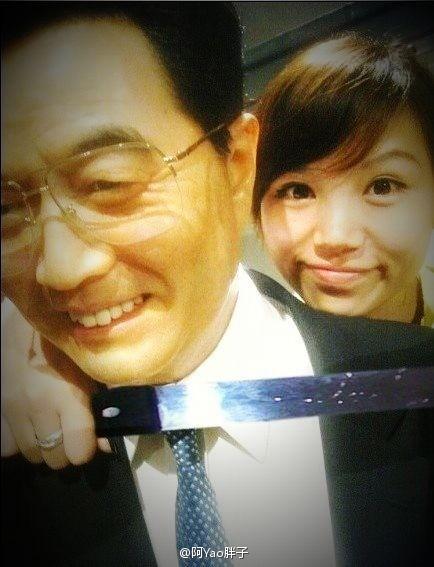 Via Fergus Ryan via Sina Weibo