A zoo in Wuhan, Hubei province is offering humans the chance to test their strength against tigers. The newscast tells us that tigers win most of the time, proving definitively that when you come face-to-face with a tiger in the wild, don’t challenge it to a game of winner-take-all tug-of-war.

A zoo official says that one day, caretakers put a rope in the tiger pen and discovered that the animals loved playing with it. Their next logical thought: human-tiger tug-of-war. Of course!

The zoo says this activity is to promote the respect, understanding, and protection of animals. Respect, huh. Is that why the humans featured in the video have to cheat to win? Eight on one? Come on!

Judging by the popularity of the spectacle, expect copycat schemes to pop up in zoos around the country. Youku video for those in China after the jump, plus pictures via QQ. 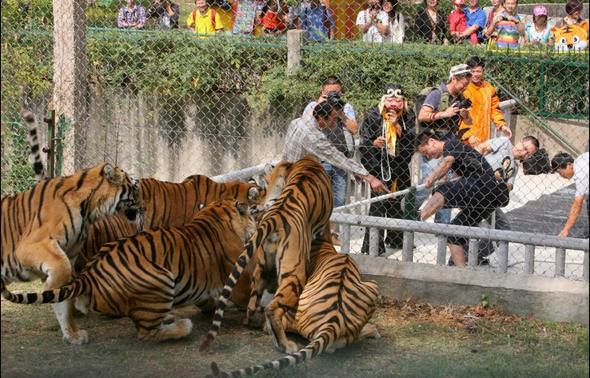 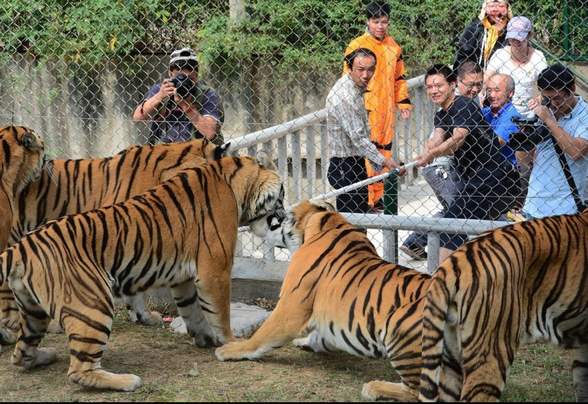 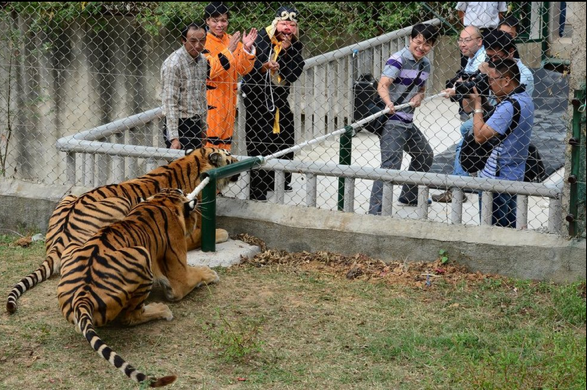 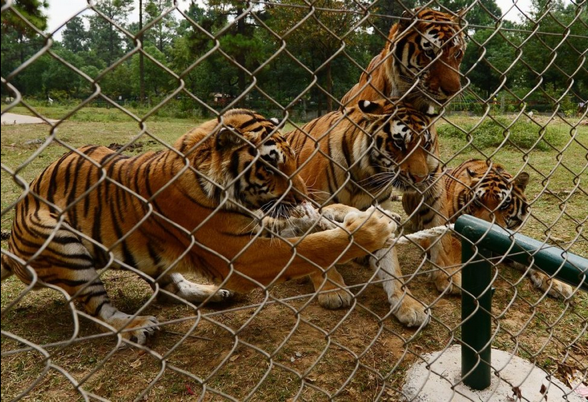 One Response to “Take Note: Tigers Are Better At Tug-Of-War Than Humans”