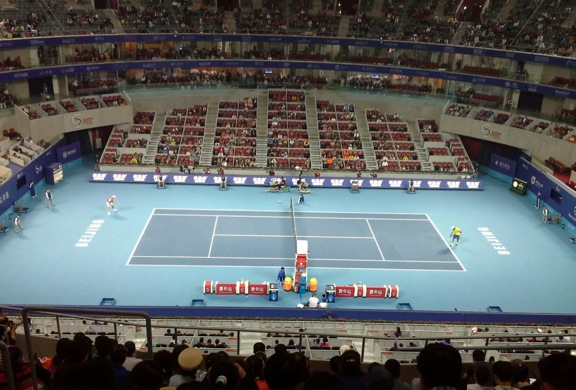 Bo Guagua’s statement in full: “Personally, it is hard for me to believe the allegations that were announced against my father, because they contradict everything I have come to know about him throughout my life. Although the policies my father enacted are open to debate, the father I know is upright in his beliefs and devoted to duty. He has always taught me to be my own person and to have concern for causes greater than ourselves. I have tried to follow his advice. At this point, I expect the legal process to follow its normal course, and I will await the result.” [Tumblr]

Many more of these Xi Jinping profiles to come. “At the time, millions of young people were still clawing their way back to China’s urban centers after being exiled to the countryside in the Mao era. But 30-year-old Xi Jinping bucked the trend, giving up a secure post as adviser to a top military leader to navigate the tumultuous village politics of Zhengding, in Hebei Province.” [NY Times]

Chinese embassy in Tokyo receives a bullet in an envelop. “The Chinese Embassy in Tokyo received a bullet in the mail from a sender named ‘Yoshihiko Noda,’ police and reports said Friday amid a festering bilateral row over a tiny group of islets. // The envelope that contained the rifle bullet arrived at the embassy on Thursday morning, Jiji Press said. // A spokeswoman at the prime minister’s office said only that Prime Minister Yoshihiko Noda had not sent the bullet and declined to elaborate on any action it might take.” [Japan Times]

Crowds sure can gather in China. “Nearly 2,000 people were involved in a brawl yesterday after a woman died hours after getting an intravenous drip at a hospital in south China’s Dongguan City in Guangdong Province. // A Hubei native surnamed Tian, 23, died on Thursday morning about 11 hours after she was given a drip in Humen Town Taiping Hospital. She had a high fever and sore throat, Nanfang Daily reported.” [Shanghai Daily]

Another case of food poisoning. “42 children with suspected food poisoning from their kindergarten food were rushed to local hospital on September 21. The incident happened to kids from a township kindergarten in Zheng’an County, near Zhunyi, Guizhou Province. All victims showed symptoms of vomit and diarrhea, and one little girl died on 26th.” [Free More News]

Beijing Opera. “Can a Western audience love Beijing opera? // Iranian-born, Britain-raised Ghaffar Pourazar thinks it can, and has taken it upon himself to play the role of cross-cultural cupid. His idea: Making the legendarily unintelligible art form more accessible by creating Beijing-Broadway mash-ups and drawing parallels with English characters. // The result is Beijing Opera Demystified, a show developed by Mr. Pourazar that is part of the 2012 Beijing Design Week’s 751 International Design Festival, currently underway. It’s the first time the entire English-language show will be performed in China.” [WSJ]

Traffic jams galore. Look at these pictures and revel in the fact that you’re not in them. [Ministry of Tofu]

“Don’t bring your cell phone to meetings in China, you might get hacked.” [James McGregor, Quartz] 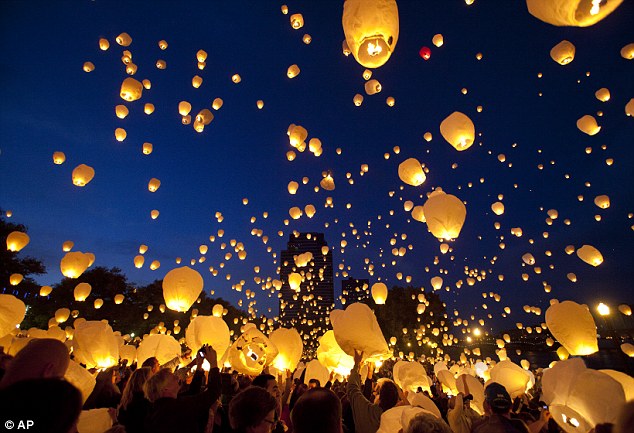