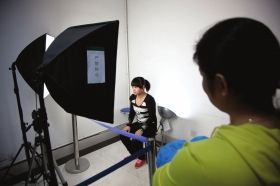 Much hubbub surrounded 19-year-old weightlifter Zulfiya Chinshanlo’s gold-medal win in London this summer, as it wasn’t exactly clear which country she was actually from, Kazakhstan or China. Both nations claimed her — “Chinshanlo’s Olympic page cites her birthplace as Almaty, Kazakhstan, and claims she speaks both Russian and Kazakh,” according to The Atlantic, while Xinhua stated (paraphrased by CNN) that “she was born and raised in Yongzhou, Hunan province under the Chinese name Zhao Changling,” and that she was merely on “loan” to Kazakhstan.

What’s past is past – Chinshanlo’s win will forever count toward Kazakstan’s medal tally — but for the foreseeable future, she will be competing for China under her birth name. (That the pinyin of her given name is remarkably similar to “changeling” will not go unnoticed here.) On Monday, Zhao sat in at a Changsha, Hunan province public security bureau to have her picture taken for a new ID (above), one that will restore her nationality, fully, to Chinese.

“I’m entirely Chinese now,” she said, as reported by Hunan’s Xiaoxiang Morning Post. The paperwork hasn’t been processed yet, but it’s only a formality now, as gold medalists are precious commodities here. If only Mark Kitto’s magazine had won Olympic gold, he’d totally have gotten his wish to become Chinese as well.

Zhao said her Kazakhstan name was given to her by her coach, for the sake of convenience. “I still like people to call me ‘Zhao Changling,’” she said.

And one more almost-too-perfect soundbite: “It feels good to come home, because I can again be with teacher He (Yicheng) and coach Zhou (Jihong),” Zhao said. “More importantly, I can finally eat Hunan cuisine whenever I want.”

Ah, the life of a pampered Olympic star. The only question that remains is: will she feel so welcomed after her career ends?

For the record, Zhao was born in Yongzhou, Hunan province. 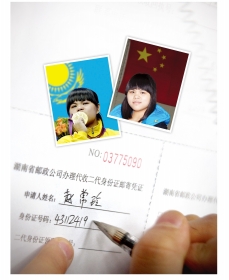 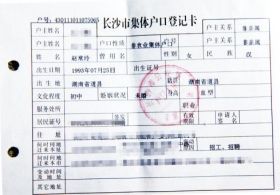