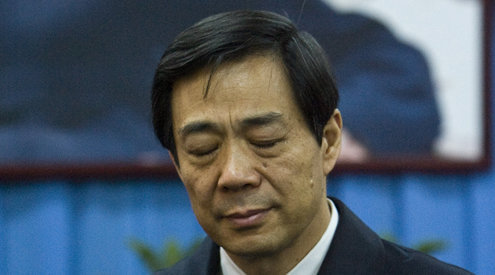 If you thought Bo Xilai was expelled from the Communist Party of China in September, you’re only half right. (Okay, 99 percent right.) Today it was made official after a meeting of 500 top party officials in Beijing in what must have been the easiest decision they’ll make this month. Nothing now stands in the way between Bo Xilai and a criminal trial.

In the tersest of terse statements from Xinhua a few minutes ago:

The Seventh Plenary Session of the 17th Central Committee of the Communist Party of China (CPC) on Sunday endorsed a decision made by the Political Bureau of the CPC Central Committee to expel Bo Xilai from the CPC.

Sticking to form, it’s nice to see the Chinese government is choosing such opportune times to make announcements that only foreign media would care to report.