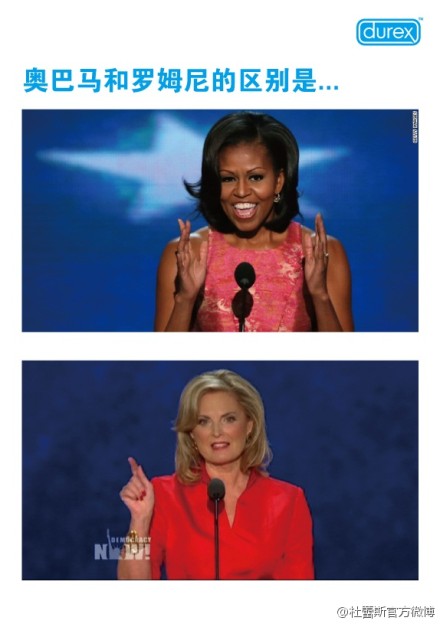 Via Kaiser Kuo, here’s an official Durex ad on Sina Weibo that has pounced on yesterday’s US presidential election results. The caption reads: “The difference between Obama and Romney is…”