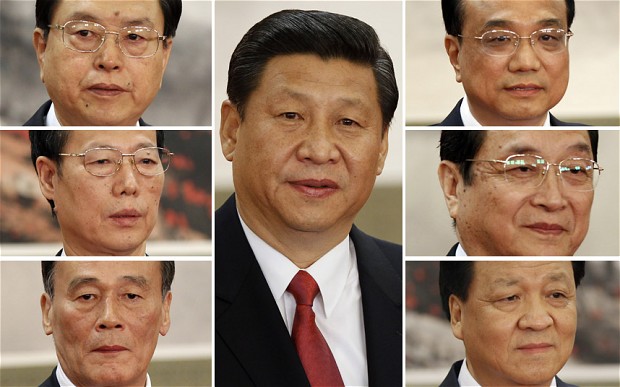 And we’re back — for now. We’ve been on autopilot for the last 19 hours. Please pardon us if we’ve missed any links.

Optimism as Xi Jinping takes power. “Xi, although certainly glorifying the Communist Party’s role in renewing a wounded nation more than six decades ago, sounded like a real person speaking, not some ideological automaton. In his relatively expansive remarks, Xi did not mention Marxism, Mao Zedong Thought or other Party buzzwords that were parroted ad nauseum during the 18th Party Congress. He underlined the fact that corruption distressed the Chinese people and acknowledged that jobs, medical care, education and the environment were among their other concerns. Xi also underscored the fact that China was composed of many ethnic groups that ‘lived in harmony’—a fact belied by the recent series of self-immolations by Tibetans living on the high plateau. // …’Friends from the press, just as China needs to learn more about the world, so does the world need to learn more about China,’ he said in a jocular tone. ‘I hope you will continue your efforts to deepen mutual understanding between China and the world.’ Then he grinned widely and waved in a distinctly non-wooden way. And with that simple speech, Xi may have given the world more of a warm impression of the new man in charge in China than Hu did in his decade at the helm.” [Time]

He didn’t actually go shopping. “Today is the eighteenth time I have accompanied my girlfriend to go shopping. Whenever my girlfriend goes shopping, she tends to get overly serious and way more than just fidgety about the whole thing. It always interferes with my usual pace of life. Anyway, she calls the shots at home, so can’t complain. As my girlfriend stipulates, when it approaches her shopping date, I can only make working plans for up to three days, and if I go on a business trip, I need to get her approval first. These past few days I’ve been sitting on pins and needles, praying to God that I don’t do anything wrong to ruin her good shopping mood.” [Tea Leaf Nation]

Bashing China in the US can be costly. “China was at the center of the U.S. presidential debates and other contentious election fights. Now we know that the campaigns put their money where their mouths were. // According to Kantar Media’s Campaign Media Analysis Group, the two presidential campaigns spent a combined $45.7 million on television advertising that discussed China and trade. Additionally, candidates in four Senate elections tracked by the group – Ohio, Pennsylvania, Wisconsin and Indiana — spent another $8.6 million in China trade spots.” [Wall Street Journal]

“Why rural Chinese kids don’t go to college.” “It may seem unbelievable that rural parents wouldn’t have much interest in their children being properly educated, regardless of the systemic obstructions that exist. But for many parents, it is a kind of calculation: the wages and time that could be gained from the child beginning work a few years early are concrete, while the chances of the child finishing high school and attending college are remote. For many, the cost of taking such a gamble is too high.” [2Non.org]

Ya don’t say. “A well-known sexologist’s bold suggestion that universities establish a special cuddle zone for student couples has been a hot topic on campuses with divergent views coming from students, administrators and psychologists.” [Global Times]

Uh huh. “Few employees of a company in Chengdu, Sichuan Province, have arrived late on the job since a regulation stipulating that tardy workers would be made to climb stairs was issued.” [Global Times]

NY Times gets in on the Andrea Yu action. [Rendezvous]

A look at wushu and the Olympics. [The Last Masters]

This was delightful for several reasons: John Duerden, non-baseball fan, writes about the Asia Series. [The Diplomat] 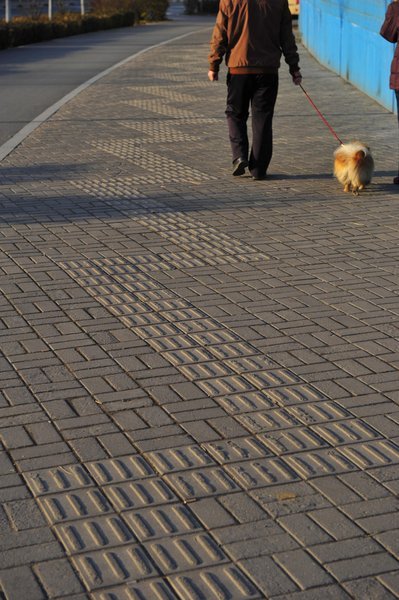 Via Free More News: “A blind path on the sidewalk of Hengshan Road in Taiyuan has 35 turns within 100 meters. The section at Shilipu Road is full of twists and turns, which brought inconvenience to the blinds.”