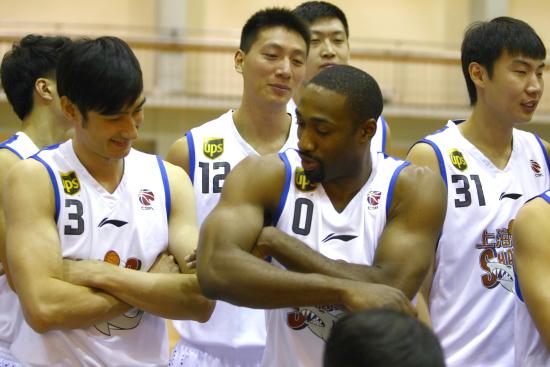 After a series of false starts, three-time NBA All-Star Gilbert Arenas finally signed with the CBA’s Shanghai Sharks. Even though he’s been practicing with the team for a week, he was only officially unveiled on Monday.

Reports NiuBBall’s Jon Pastuszek, he has a one-year deal worth about $700,000 with an option for a second year if both team and player desires.

Though the deal was expected to go through since he arrived in Shanghai at the beginning of the month, the Yao Ming-owned Sharks’ decision to delay making it official came down to two major points, a source told NiuBBall.com. First was that both team management and the coaching staff wanted to see Arenas in action before making a commitment, a request that Arenas interestingly enough turned down when he was in negotiations with another Chinese team, the Guangdong Southern Tigers, in October.

…The Sharks also wanted to do due diligence on something else: Arenas’ surgically repaired knee. The team did a serious of examinations and tests to figure out exactly what they would be getting health-wise from the former Arizona standout, and came away with enough belief to go forward.

Arenas is the third former Dream Teamer to play in the Chinese Basketball Association, following Stephon Marbury and Tracy McGrady, both of whom are still in the league. In fact, Marbury’s Beijing Ducks, the defending champs, will open the season against Arenas’s Sharks on Saturday in Beijing.

Agent Zero will continue wearing No. 0 in China. While we’re all excited to see what Arenas can do, nobody’s as excited as national team guard Liu Wei, who posted this photo of him and his new backcourt mate (via City Weekend): 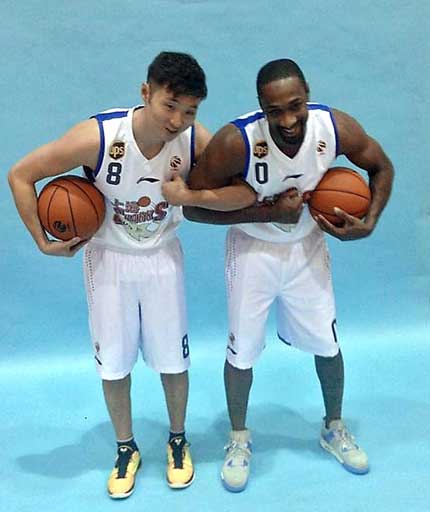 One Response to “It’s Official: Gilbert Arenas Will Play With The Shanghai Sharks”