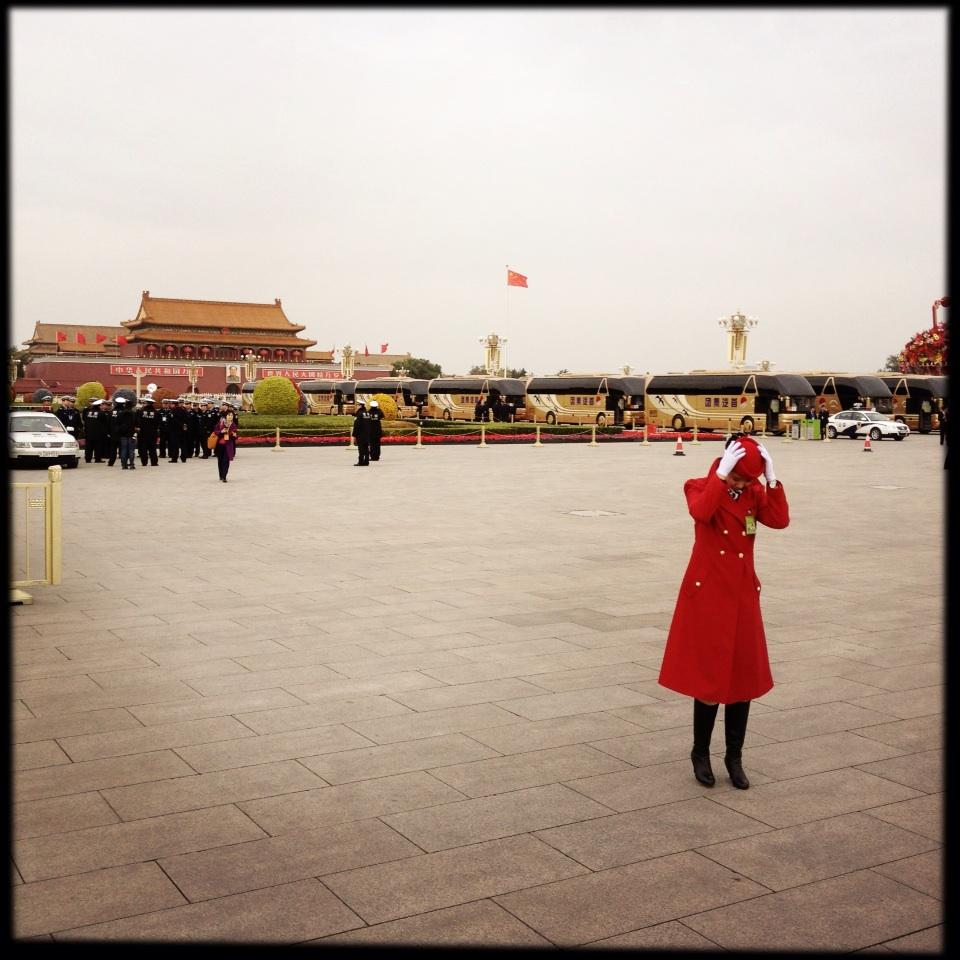 The 18th National Congress starts tomorrow, and we will be live-tweeting the opening day with China Daily Show at hashtag #18PC. Join us, will you? Links now.

Here we go. “Although it is impossible to know what is actually going on inside the black box where China’s leaders wrangle over their future, people hear that the process has been intense, even acrimonious. And, since they do not even know what each leader or faction actually stands for, a climate of uncertainty and anxiety has been increasing. Such feelings are hardly surprising, for here in China everything is veiled, hidden, and opaque. And yet, this whole amazingly dynamic proposition continues to hurtle down the tracks, just as I am doing now, even as everyone knows that somewhere ahead, the tracks end. Nobody, especially the present leadership, seems to quite know how to resolve this crisis in confidence, how to pick those who will follow them and write the script for the next act that will set China’s future course.” [Orville Schell, Asia Society]

Hu Jintao’s legacy? “But Hu’s biggest challenge is the same one he has faced throughout his tenure: his predecessor, Jiang Zemin, 86, who continues to be the dominant force in Chinese politics. // According to several current and former officials, party intellectuals, advisers and analysts — who spoke on the condition of anonymity because of heightened party sensitivities ahead of the once-a-decade leadership transition — Jiang is trying to secure key spots for his allies during the upcoming transition and, by many accounts, is succeeding. The most important appointments, to the all-powerful Politburo Standing Committee, will be announced during the party congress, which begins Thursday.” [Washington Post]

Who’s in the CCP? “According to China’s Organization Department, China has a total of 82.602 million party members as of the end of 2011, a number that is nearly as big as the population of the UK and France combined. In China, approximately one out of fifteen is a party member. A party member is much more likely to be a Han male aged 35+ who doesn’t have a college degree and works as a farmer. Not exactly an image that many people have in mind when criticizing the corrupted CCP, isn’t it?” [Offbeat China]

New vermin threatening China. “Yuan Peng’s 2012 repertoire of what are now popularly known as the ‘New Black Five Categories of People’ includes: rights lawyers, underground religious activities, dissidents, Internet leaders and vulnerable groups 维权律师、地下宗教、异见人士、网络领袖、弱势群体. His naming of these groups led to widespread debate, mockery, angry outbursts and, in once case, even a civil suit launched by a lawyer who claimed that Yuan was guilty of defamation.” [The China Story]

Huh. “Three gunmen attempted to rob a Chinese restaurant in Orlando, Florida Monday night, but their plans were foiled when none of the restaurant workers responded to their demands because they didn’t speak English.” [Daily Mail]

Damn eggs. “A woman in Luoyang, Henan Province bought 2.5 kilos of eggs at a low price but these eggs all had rubber-like yolk, a local newspaper reported today.” [Shanghai Daily]

North Korea. “Chinese visitors have proven one of North Korea’s best sources of foreign currency to help offset losses after United Nations sanctions from 2009 shut down opportunities for the country to earn hard cash from the weapons business and the drugs trade. Some 60,000 to 70,000 Chinese tourists visited last year, up from an estimated 40,000 visitors in 2010.” [Asia Times]

If you can get around the paywall: “US presidential election fascinates Chinese.” [South China Morning Post]