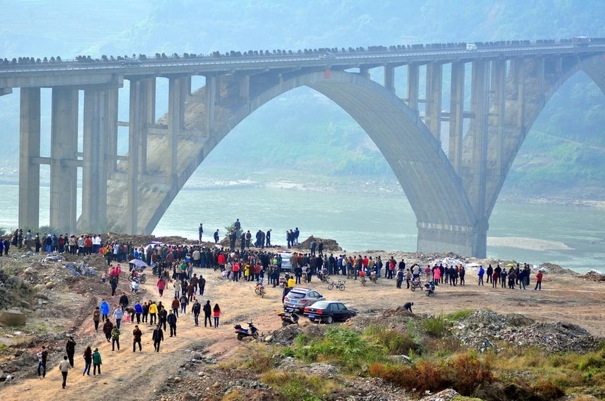 Take note, Hollywood directors: if ever you wanted to depict the smallness of man, our inability to control our destiny no matter how we strive, head out to this beach on the shores of Minjiang River in Yibin, Sichuan province, and remember this story.

On Monday morning, a scavenger was walking around when she saw two bodies on a heap of garbage in the distance. Scared, she ran back and called the police. Word spread, and onlookers went to the spot to explore for themselves. What they saw was a woman with stab wounds on her thigh, neck and chest, and a man who was foaming at the mouth, dead of apparently poison.

The man, Zhao Gang, was a butcher from Cuiping District’s Jinping Town who recently fell on hard times. A pork scandal forced the city to raise the standards on food, a standard he could not reach. The girl was his live-in girlfriend. Nothing else is known at this time. 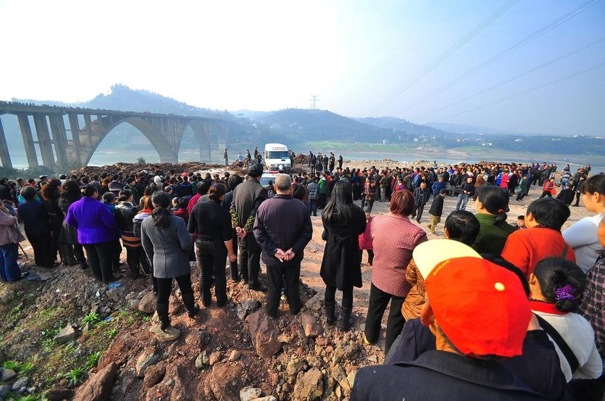 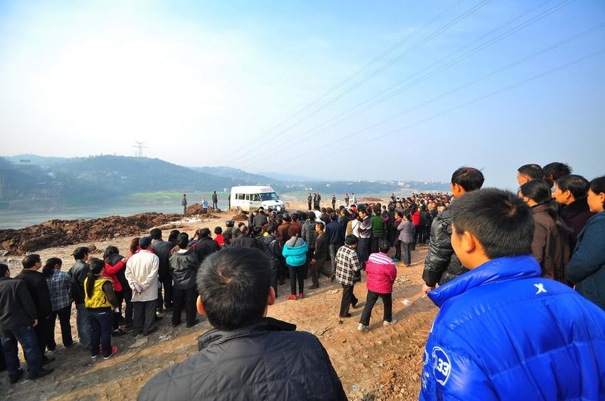 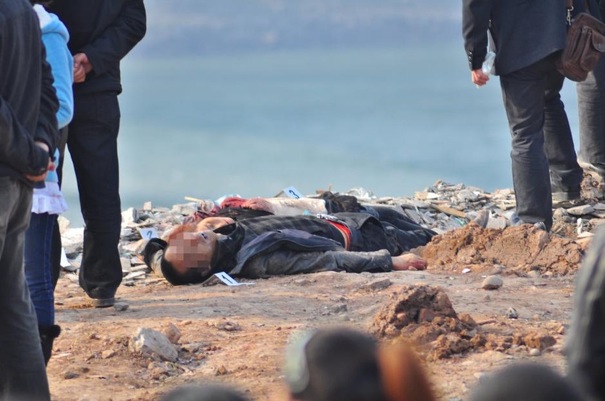