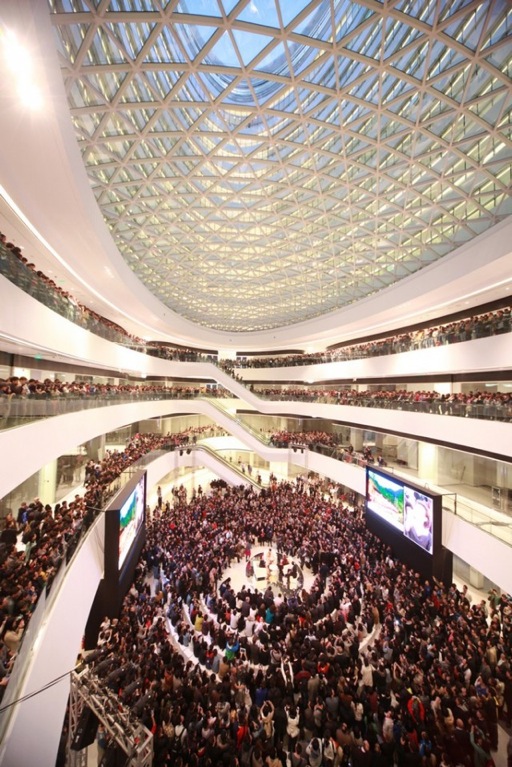 That weird, shiny, spaceship-like gob of postmodernity on Second Ring Road is officially alive. “Busses full of local students mingled with other architecture fanatics to get a first official glimpse of the cities newest archi-gem” last Saturday, reports the architect website Archinet.

At the opening event, Iraqi-British architect Zaha Hadid, who designed this perfect landing pad for our future slavers, whether they be aliens or sentient robots, was feted in the eye of a throng. You can barely see her in the above photo via ArtHitectural, but she’s seated in the middle table, surrounded, suffocated by her own creation while trying to rise above it. Symbolism? Hubris before the fall? Possibly it all depends. Let us see, in a few months time, whether this many people ever return to the complex.

The Atlantic Cities calls Galaxy SOHO “Watergate on steroids.” What do you think? There are more pictures after the jump, plus a promotional video created by Stephy Chung for London-based Crane.tv. 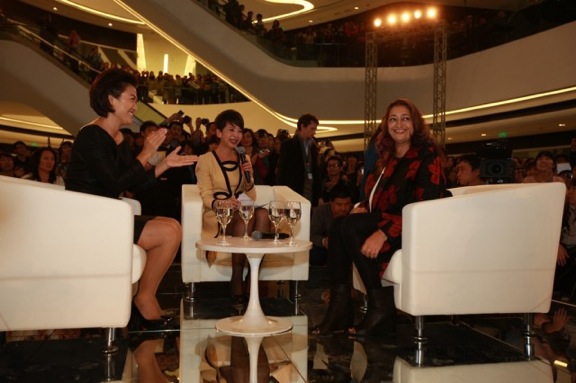 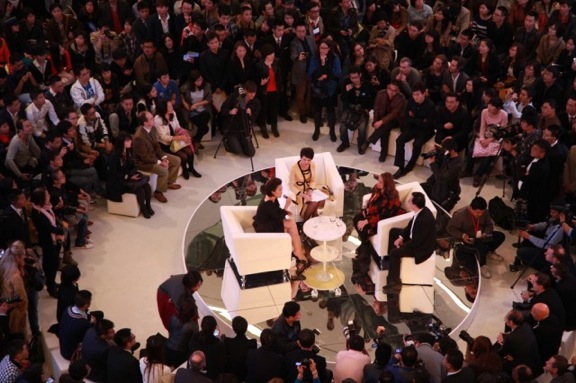 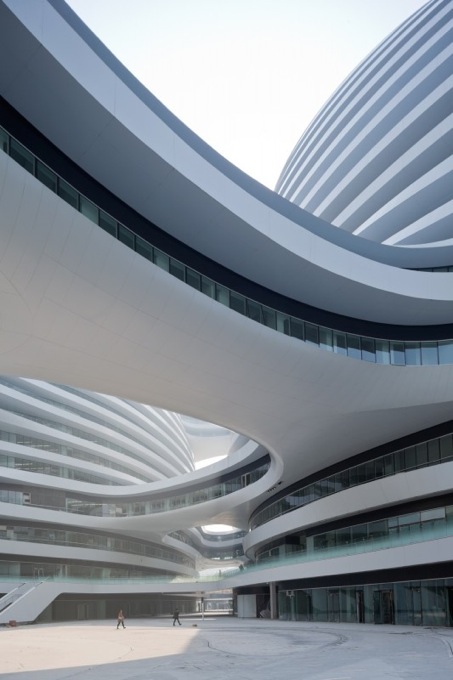 5 Responses to “In Case You Missed It, UFO-Like Complex, Galaxy SOHO, Is Now Open In Beijing”