We see traffic accidents every day, but in Fuan, Fujian province, one such incident on Saturday reportedly sparked a protest/riot involving “thousands” of residents. The Associated Press reports, “Police said it was instigated by ‘a handful of lawless people.’ One resident said people became angry because police and paramedics took nearly an hour to arrive to help the injured, while a Hong Kong-based human rights group said it was to do with corruption.” Meanwhile, “The Hong Kong-based Information Center for Human Rights and Democracy said about 10,000 people clashed with police, and that 10 police vehicles had been smashed, three overturned and 20 people injured.”

Residents said police were stopping cars and checking people for driving after drinking on Saturday evening when the accident happened on a main road in Fuan.

Wanting to avoid being tested, a driver in a sedan accelerated away and police started chasing the car, said a resident, who would give only his surname, Lin. About three motorcycles were hit during the chase, said Lin, adding he wasn’t sure who hit them.

“About 10,000 to 20,000 onlookers became angry because police officers and paramedics took nearly one hour to arrive,” said Lin.

He estimated that 1,000 to 2,000 people clashed with police and overturned three police vans.

And the official version of events:

“The accident made a small number of local people dissatisfied, so they smashed police vehicles and overturned three police vans,” said the statement.

An initial investigation found that a person with no driving license surnamed Jiang had caused the accident and was in police detention, it said. It said the driver wasn’t drunk but had accelerated to avoid a patrol vehicle and aroused attention.

“As the rescue work was going on, some relatives of the injured people and onlookers got out of control,” said the statement. “They started to push and shove the doctors and knock the ambulance and so the ambulance left the scene under police escort.”

It said “a handful of lawless people misled some people who didn’t know the truth” and they began targeting police vehicles.

The truth is somewhere in between, but good luck finding it. Youku has scrubbed most videos of the incident, but I was able to find one. It’s unclear how long it’ll stay on Chinese Internet. 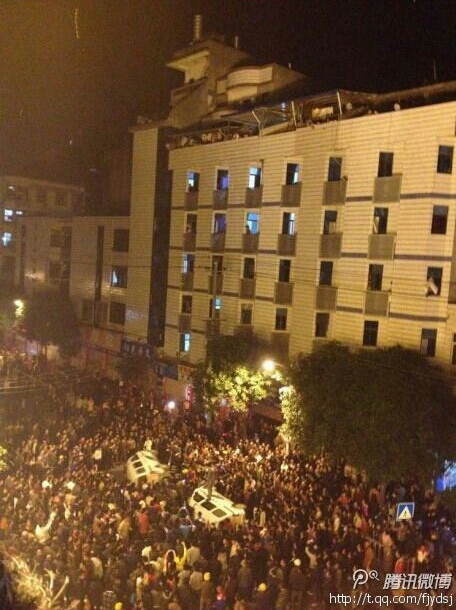 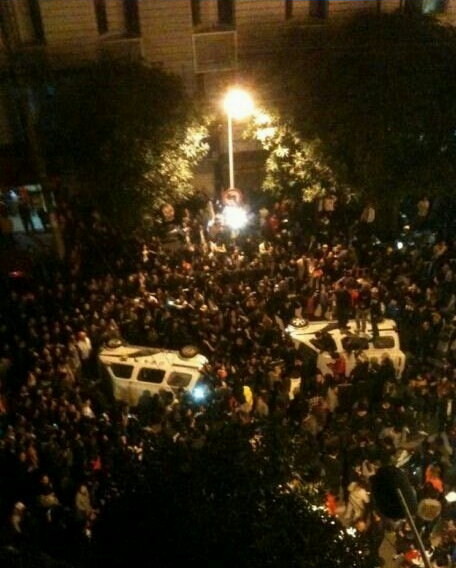 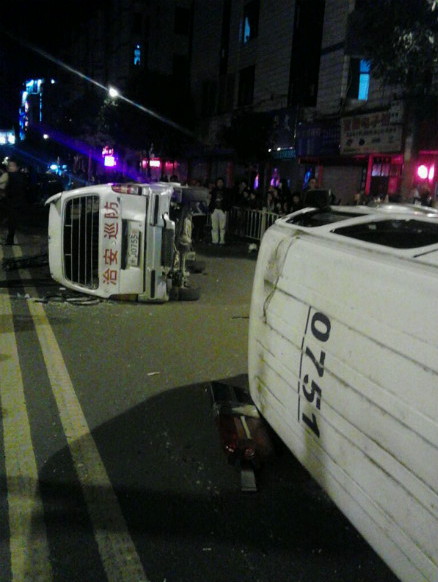 One Response to “Unrest In Fujian As Thousands Protest Handling Of Traffic Accident, Smash And Overturn Police Vehicles”