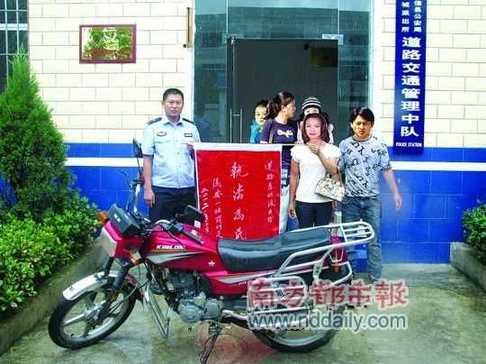 It’s not the worst we can imagine, but it’s certainly the worst we’ve seen try to get passed off, without irony, as a real picture.

The good people at the Zhaotong Politics and Law Commission in Yunnan province wanted to drum up some positive publicity for an officer helping someone recover his lost motorcycle, so they came up with the above picture and published it online. The only problem? Aside from the terrible photoshopping — surely the result of a who-gives-a-fuck, we’re-living-in-Zhaotong-Yunnan mentality — the picture itself is two months old, and the 4,000-yuan motorcycle was reported missing on October 25, 2011. Right, nearly a year ago. Is it any wonder that the bike owners look less than pleased?

But there’s more. There’s this — I want you to compare the photoshopped picture, above, with the original, which appears after the jump: 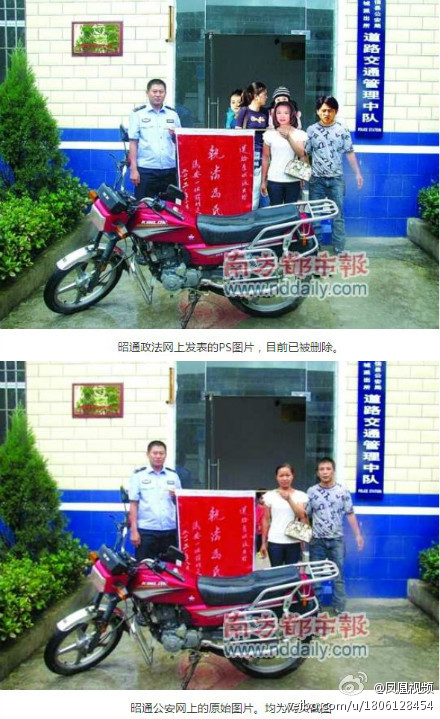 Someone added hair to both of the bike owners. Does that make them happier? And the extra people — it’s supposed to make this look like a big deal? I… don’t get it. I do admire the effort though.

One Response to “We Have Found, By Far, The Worst Photoshop Job Ever”