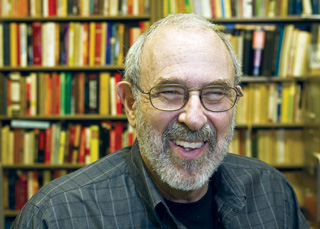 China watcher Richard Baum, perhaps most well known for creating the listserv Chinapol in 1999 — a precursor to the many China blogs and newsletters and news groups we see today — passed away at age 72 on Friday of cancer.

In 1967, then still a graduate student, Baum leapt to prominence when he managed to gain access to classified Chinese Communist Party (CCP) documents gathered by Taiwanese intelligence.

Using those documents, Baum demonstrated how Mao Zedong’s (毛澤東) focus on class struggle was clashing with the aspirations of his opponents within the CCP, namely Liu Shaoqi (劉少奇) and Deng Xiaoping (鄧小平), whose main aims were to root out official corruption.

Today more than 1,000 academics, journalists, activists and government officials from as many as 26 countries use Chinapol to exchange views and information about the political, social and economic aspects of China.

Among them are several academics and journalists who specialize in Taiwan.

As the forum’s moderator, the ever-watchful Baum became famous for issuing “yellow cards” whenever the large egos that come with academia and journalism led to sometime vicious online tirades, or whenever segues threatened to become interminable.

One Response to “Chinapol creator Richard Baum dead at 72”