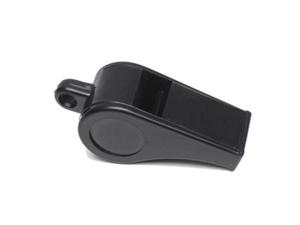 Jon Pastuszek of NiuBBall brings us this story via Tuesday’s edition of Yangtze Evening Post:

The Chinese Basketball Association is currently dealing with the threat of in-game point shaving, according to a report published yesterday in the Yangtze Evening Paper, which includes both foreign players and Chinese referees, the latter of whom can reportedly be bought out for CNY 50,000.

There is no direct evidence of referees affecting scorelines, but it is already an open secret in the league that foreign players are involved in gambling-related behavior. (In Round 8), a home team was up eight points with just over two minutes remaining in the game. Common sense would indicate that the game’s result was already in hand. But their main foreigner had several puzzling turnovers, specifically one where he didn’t gather the ball when it was right in front of his eyes. His opponent scooped up the loose ball and scored an easy basket in transition. After these series of aberrations, the away team came back to force overtime. Even though the home team ended up winning, these odd occurrences at the hands of its foreign player was extremely unsettling to both the coaching staff and the Chinese players. There was another game recently where the same foreign player displayed more odd behavior. In the game’s final moments he had a turnover and a travelling violation which ended up costing his team a victory.

Pastuszek points out that the two overtime games that round were Beijing at Shanxi and Jilin at Jiangsu. In Jiangsu, the home team was indeed up by eight with a little more than two minutes remaining.

The other info from the article, however, doesn’t fit, as Jiangsu’s star foreigner — Mike Harris — didn’t give up an easy transition basket after he “didn’t gather the ball when it was right in front of his eyes.” (You can see it at the 1:46:10 mark of this video.) Instead, he was whistled for a foul (phantom, I thought).

Note: this is the incident I think the paper might have been alluding to; nothing else that happened seemed overly suspicious.

The NiuBBall take on all this: Truly, I have no idea if any of this is true or not. I do find it odd, however, that the author chooses to write that “there is no direct evidence of referees affecting scorelines,” which is true, yet refrains from writing the same about foreigners fixing games, which is equally true. I also find it interesting that besides a little write-up reviewing the series of inexplainable turnovers at the end of a game, there’s absolutely zero good evidence put forward that would make me believe this stuff is really going on such as: What the point spread was for the games in question, what the final score was, the percentage of home teams that have covered this season, etc. etc. etc. Quotes from an anonymous insider complaining over tough to manage foreigners, which by the way isn’t the first or last time you’ll hear that in the media, don’t exactly do it for me either.

And about referees: Again, I just don’t know. What I do know, though, is that foreign refs have been brought into officiate the CBA Finals since 2005, and there involvement both in the Finals and in earlier rounds have increased every single year since then. And I also know that its an open secret within the league that teams have attempted to bribe officials. Actually, its a public secret as well; Guangdong was fined RMB 30,000 in 2011 for trying to bribe officials during a regular season match against Bayi.

We’ll keep an eye on this for you. Most likely it’ll be swept under the rug, but I suppose one never knows.

(Does the CBA have a point shaving scandal on its hands?)