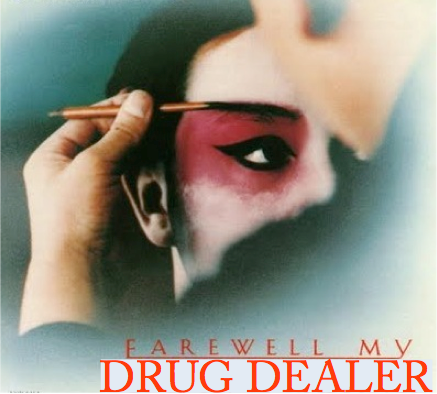 I’m posting this anonymously for obvious reasons, but apparently along with good folks like Charlie Custer, Will Moss and more, my extraordinary drug dealer has suddenly become part of the Diaspora.

Probably deported, but he was a true gentleman and gracious businessman while he lasted. Chinese business folk could learn a lot from him – shit, I happily recommend him as a lecturer on customer relations to any Chinese business school, including the vaunted Cheung Kong Graduate School of Business.

He was African, of course, but a grade above the shysters prowling Sanlitun with their sly nudges and bogus-to-thoroughly-overpriced mediocre self-medications.

I’m a child of the 60s and 70s and no stranger to recreational use, though didn’t even bother to look when first landing in Shenzhen and Hong Kong, as besotted I was with the new experience, then discovering that heavily codeine-laced Madame Pearl cough syrup was readily available should I feel the need.

Upon relocating to Beijing I first met my man – call him Dre & Co – when a fellow blogger asked him to make a home delivery as I was visiting. Good herb and some other wares, including hash, ecstasy and the sweet cousin were on his menu. And home delivery! Take that, KFC! He seemed affable and affordable so I later called him for a further meet and greet and an order.

A small dependable b-t-c relationship ensued through the months and years, even during the Olympics crackdown. We finally arranged a mutually convenient meeting place where people didn’t look too askance at a black and white guy “talking” as my address kept changing. And yes, there were occasional mishaps; bad product a couple times for which he actually apologized and gave me refunds when I gave him what was left.

Unfarkingbeliable! I think perhaps only Target stores in the US offer this kind service. And a couple of times I accidentally underpaid him 100 kuai for which he forgave me and took the next time we met. Unlike say, the local power, phone, gas and water companies that suddenly cut you off at 8 pm with no notice because you’re 5 kuai overdue.

He’d also send txt messages about weekend “specials” and for at least three New Years running was the first person – before my gf, my pals, coworkers, etc — to send me greetings.

At times though the texts kinda left me in a small communication quandary. He’d use sort of pseudo-Jamaican patois as in “be dere soon mon,” which kinda left me wondering if I should respond like the basic starchy white guy I am — “That is fine, Mr. Dre. Please do not hesitate to take your time” — or, “Cool, mon.” I finally just settled on “cool.”

Dre later morphed into Sly and then Frank as visas ran out or other vague problems ensued, but the chain didn’t dry up. My phone number remained constant as did the quality service. While back in the USA for an extended period before returning to BJ, I still received texts about weekend specials, holiday greetings, and finally replied I was outta country but keep my number handy, I shall return.

I did and business ensued as if we’d never been apart. Then as all good things do, especially in China, it came to a sudden, inexplicable end.

I recently had an unexpected message from a Chinese friend who wondered if I could score a small amount of weed for her with which to “experiment.” Sure, happy to corrupt and undermine the social moral order, m’dear. That’s what friends and foreigners are for.

Alas, calls and texts to Dre & Co for the first time in years went unanswered and then into the “does not exist” mode. I scrambled through another foreign friend who used her dependable connection and managed to help me out. The Chinese friend thanked me later but said it did nothing for her. Dre & Co would’ve given a refund, I suspect, but those daze are gone.

Wherever you are, though, keep on pushin’ mon. You were a model worker in an otherwise merciless town.