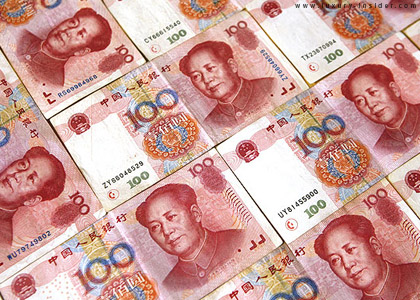 A report released Monday claims a third of all Chinese people worth at least $16 million have emigrated. SCMP calls the report the International Migration Report (2012), released by the Centre for China and Globalisation (CCD) and Beijing Institute of Technology (BIT) School of Law in Chinese International Talents Annual Blue Book, while The Telegraph, quoting Xinhua, calls it the Annual Report on Chinese International Migration 2012, released by the Chinese Academy of Social Sciences. Whatever; point is, people here get rich, and then they get the hell out.

The report claims that there were “45 million overseas Chinese in 2010, the world’s greatest population of migrants” (Xinhua).

Should China be concerned? Telegraph again:

Rupert Hoogewerf, Hurun’s founder, said the findings were “a supersensitive topic at a political level” because of the implication that China’s well-connected elites might not have faith in the country’s political and economic future.

“I think it is a very significant political hot potato,” he said, listing education, pollution and food safety as some of the explanations behind the trend.

Hoogewerf pointed out that many of these people haven’t given up their citizenship, so that’s good.

“If the capital goes with them you are potentially at risk of losing 50 per cent of the country’s capital. But in practice it’s not really going to be like that. Most of the entrepreneurs I know are not going to be giving up on China. They grew up in China, they are proud of it and are not turning their backs on their country at this stage.”

In March, the number of Chinese entrepreneurs on the mainland worth more than 100 million was 63,500, the report said. Their average age was 41.

Furthermore, “developing countries” (China) aren’t replacing the loss of talent at an equivalent rate — not even close:

“Their departure will be a great loss for China. Many developing countries are facing this situation – a great loss of talent,” said Wang Huiyao, director of the Center for China and Globalization and a co-editor of the report.

Wang said developing countries still had a lot of barriers making it difficult to attract international talent and entice native professionals to come back home.

By the end of 2010, the number of expats who had short-term or long-term residency in China exceeded 1 million. Yet only 4,725 expats had been given permanent residency by the end of 2011, the report said.

However, this phenomenon — if it can even be called that — isn’t new. If it’s seeming to accelerate, that’s because more Chinese people are becoming multimillionaires. As Tea Leaf Nation wrote back in February:

…Han Zhiguo (@韩志国) (profiled here) tweeted his own criticism of “naked officials,” online slang for Chinese public servants who have sent their families and assets offshore. He wrote they presented “serious threats” to China, including the loss of assets, fear for the country’s future, and transfer of power into the hands of foreigners.

Spin it however you like, but the reality is this: when you’re rich, you can do things other people cannot afford to, such as live in a first-world country and leave all your problems — pollution, food safety, traffic congestion, slow Internet, official corruption — behind.

You could, of course, instead stay behind to help your countrymen improve their lot. Which would you choose?

2 Responses to “Report: Shit-Ton Of Rich Chinese Leave Country First Chance They Get”