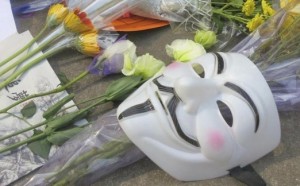 As we await Southern Weekly’s fate, your recommended reading of the moment is Zhongnanhai’s piece “Southern Weekend, China, and the bubble.”

This brings me to the controversy surrounding Southern Weekend in Guangzhou, which is dominating China social media and news channels.  Indeed, it is a big story: journalists at the paper have gone on strike to protest censorship by Guangdong party propagandist Tuo Zhen (details here, if you haven’t been following along).  The idea of Chinese journalists standing up for the right to report freely is a great story, and if I were running a newspaper I’d want something on it.  The question is this: are we overstating the significance of the strike and/or misrepresenting what it’s about?

I bring this up because this isn’t the first time there’s been turmoil at Southern Weekend, or with news organizations in China.  It’s merely the latest.  Secondly, are the journalists at the paper really making a principled stand for free speech and denouncing censorship?

More than a few journalists and observers have averred the significance of the Southern Weekly “incident,” but the actual story has appeared to fall short of their expectations. As I wrote two days ago, “But is this really a watershed moment for media rights in China, as some hope… or will we return to our jobs soon and let the more vested parties enter negotiations on the future of both Tuo Zhen and Southern Weekly?” There’s nothing wrong with hoping, but as Zhongnanhai points out, sometimes we would do well to step back to view the story in its proper context.

The point is these stories… are popular and “the-most-important-thing” for a few days or weeks, then fade away to be replaced by the next big thing.  At no time do we get perspective about larger trends, nor are we shown how these individual incidents fit into a much larger timeline of societal change (or no change).

Perhaps after having lived in Greater China for 9 years (a mere blip compared to others, I humbly note), I’m becoming sadly apathetic when these stories appear; I’ve been hopeful, I thought I’ve seen change coming, the media tells us these are important events that could ‘change China’, yet they rarely – if ever – do. What we have is a big echo chamber of China news in newspapers, on television, websites, Twitter, and Facebook with little context.

So what does all of this mean for CPC General Secretary Xi Jinping and the future of China? Nothing, of course — or at least, we don’t know. China’s leadership is in a murky transitional limbo, with outgoing officials still in the fray and new ones yet to gain their footing (Xi Jinping himself, let’s remember, has yet to be inaugurated as China’s head of state). All of this is set against the normal amount of political opaqueness, so we can’t even say what “old” and “new” represent. China has perfected the art of misdirection and pseudology, making it difficult to trust any official statement, such as the one we got yesterday from a Nanfang Media Group representative. We’re all just along for the ride, our personal biases packed overhead, and yeah, we might hate it, so we speculate and loudly hanker for better times, but in the end, in one way or another, we’ll decathect to avoid the disappointment of seeing another day without the landmark reform we idealized. The train’s going fast, but it’s not getting there overnight.

7 Responses to “A Bit Of Perspective: Southern Weekly And The Fish Bowl Effect In China Coverage”