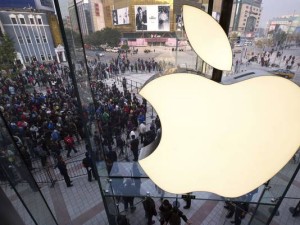 MacRumors (via Bloomberg) is reporting that Apple has introduced a payment plan allowing buyers to purchase Apple products on three-month to two-year plans on products that cost between 300 and 30,000 RMB (basically everything).

At this point, looking at the plan, it seems that one must have a Merchants Bank credit card to take advantage of the credit system, but I get the impression that the option will eventually open to customers of other banks. Also, if you start the payment plan before January 23, there will be no service fee on contracts between 3 and 12 months.

This a very interesting development, seeing as how reports last year all highlighted Apple’s sliding market share, especially against Samsung. Under Steve Jobs, Apple was never about being No. 1 in market share, so these figures from were not ground-shaking. That being said, this recent move is Apple’s obvious attempt to expand presence in the Chinese smartphone market by making its products easier to purchase for anyone and everyone.

Apple has never been afraid of cannibalizing its products, but I do have to wonder if it will be shooting themselves in the foot with a wider consumer base. Apple products remain a luxury item (and thus give status to those who own them) based on their price. As we saw with the cheaper iPhone rumors, Chinese people were hoping that version would look different, so that “real” iPhones would retain their status symbol and prevent scalpers from taking advantage of the price difference.

Personally speaking, as a guy with two kids, a healthy love of technology, and no pretensions of keeping up appearances, this finally means we can get that Mac without breaking the bank. For image-conscious Chinese consumers, the verdict is still out on whether this is a good thing.