A landslide in the village of Gaopo, Yunnan province this morning has left at least 22 dead, a number that is expected to increase because dozens more are buried. Reports AFP:

The landslide happened at around 8.20am in Gaopo village in Yunnan’s Zhaotong city, about 300 kilometres from its provincial capital Kunming.

Reports say most villagers were sleeping when the hillside collapsed.

More info as it becomes available.

More than 1,000 rescuers have arrived on the scene to search for the missing people with five excavators and four front loader trucks. More are rushing from nearby regions to assist in the efforts since the landslide took place.

UPDATE, 1/12, 12:51 pm: 44 confirmed dead, two missing in the 468-person village of Zhaojiagou. Lots of stories via China Digital Times. One family of seven was completely wiped out. 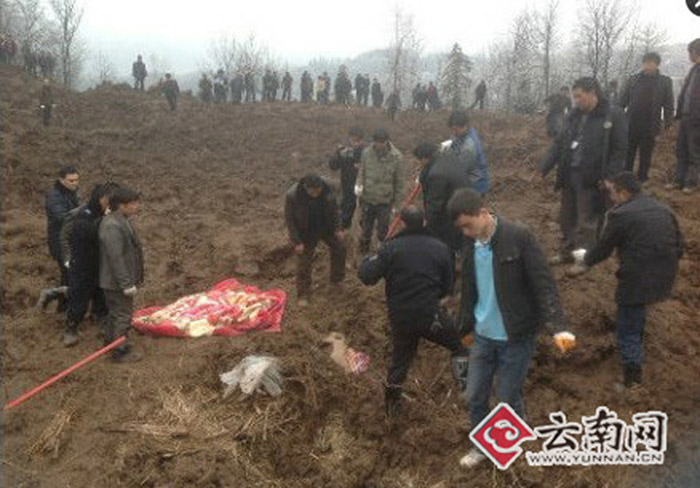