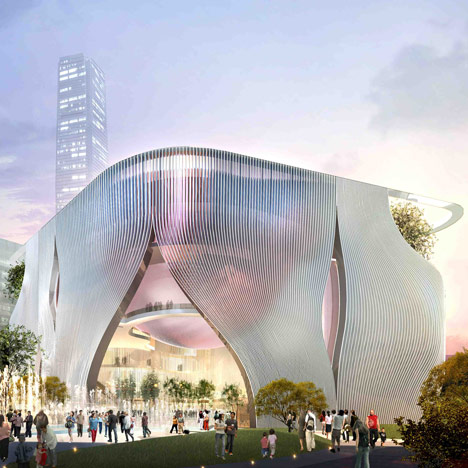 The Hong Kong government has recently been criticized by Internet users for using a Putonghua (common tongue Mandarin) term in its new Chinese opera theater’s English name. Instead of giving it an actual English or even Cantonese name, the new facility is simply the Xiqu Centre (戏曲中心).

The government explains that Chinese opera is different from Western opera, so “Xiqu” is used to differentiate itself.

Yes, we know everything in China is different from the West. If we follow the Hong Kong (or Xianggang?) government’s concept, Chinese medicines should be renamed “zhongyao” (中药), as Chinese and Western medicines are not the same.

There are a few more examples: mooncake as “yuebing” (月饼), Chinese martial arts as “wushu” (武术), democracy as “minzhu” (民主), as the Beijing government has its own interpretation of democracy with Chinese characteristics.

And how can we forget the ruling party? Propaganda officials should start forcing foreign media to refer to the party as “zhongguo gongchandang” to distinguish it from other (existing) communist parties in the world.

English translations should be simple, clear, and in proper English. “Chinese opera” is easy to understand, but Xiqu — what? You can’t even pronounce it properly without learning Mandarin. And if foreigners can’t pronounce it, how does the Chinese government expect to promote the art to the rest of the world?

No wonder the Chinese often claim that foreigners don’t understand them. Sometimes, they really don’t, literally.