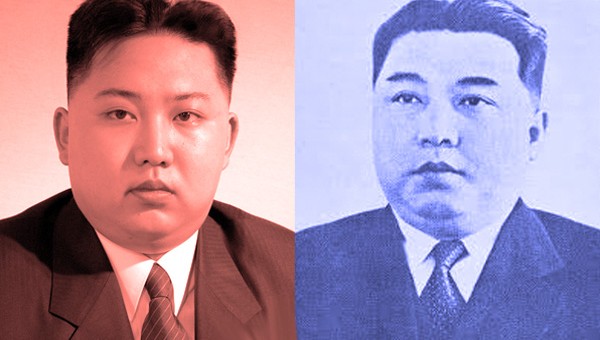 When the Korean Central News Agency uses terms such as “hostile forces” and “paid media” to describe a “smear campaign against the DPRK,” the usual targets are South Korea and the US. Indeed, in its latest release, which is a resplendent sun in the smoggy skies outside the DPRK that everyone should go read right now, KCNA calls out its neighbor to the south, referring to them as “rats”:

The sun will always give off its light even though rats make nonsensical remarks moving around ditch, while finding it hard to raise their heads to the bright human world.

But look who else is implicated in the same article:

Some media of China should draw a serious lesson from the fact that in November last year they echoed the false propaganda of forces hostile to the DPRK only to suffer international shame and they got accusation even at home that “they are deceived as they are cheating people.”

They are obliged to feel ashamed and repentant for playing the role of a guide to spreading anti-DPRK misinformation in breach of objectivity, impartiality and accuracy though they should perform their mission and role as a leader and organizer of genuine public opinion.

What is this “some media” that the KCNA is talking about?

AFP has figured it out:

While the focus of the commentary’s fury was the South Korean media, it seems Pyongyang’s anger was triggered by a Chinese report last week that was widely picked up by newspapers in the South.

China’s Shenzhen TV cited a diplomatic source who, on a private visit to Pyongyang, had spoken to a North Korean official who confirmed the plastic surgery rumours.

But the Shenzhen story was last November. Why point it out now? asks Max Fisher of the Washington Post. And why do so publicly, risking ill-will with a country that provides investment and aid?

This all comes at a time when Beijing had been struggling a bit to keep Pyongyang close. In a post at Johns Hopkins’s Korea-focused blog 38 North, analyst Stephanie Kleine-Ahlbrandt argues that the relationship is souring a bit. “Kim Jong Un is determined to set a course for greater political independence from Beijing,” she writes. “This has left China in a state that one insider has referred to as ‘desperate’ over its rocky relations with the country since Kim Jong Un came to power.” She says she’s found no evidence that Beijing is anything less than fully committed to its policy of maintaining regional stability and a reliably pro-Beijing regime in North Korea.

Fisher points out that Global Times recently chastised Pyongyang, which was unusual. Continuing:

So what does all of this mean? Maybe nothing; maybe this brief flare-up, and the Chinese censors’ quick response, just demonstrates how serious Beijing is about keeping the status quo. But it’s also possible that this could be the start of a trend, in which China’s increasingly noisy media ends up drawing attention to the fault-lines in the Beijing-Pyongyang alliance, and possibly even adding one or two. That doesn’t mean that the Kim Jong Eun rumors are going to alter Chinese foreign policy, but it could become a small but important factor if that relationship ever significantly worsens.

By the way, for the record, there’s no way that sexy man Kim Jong-un would never need surgery.