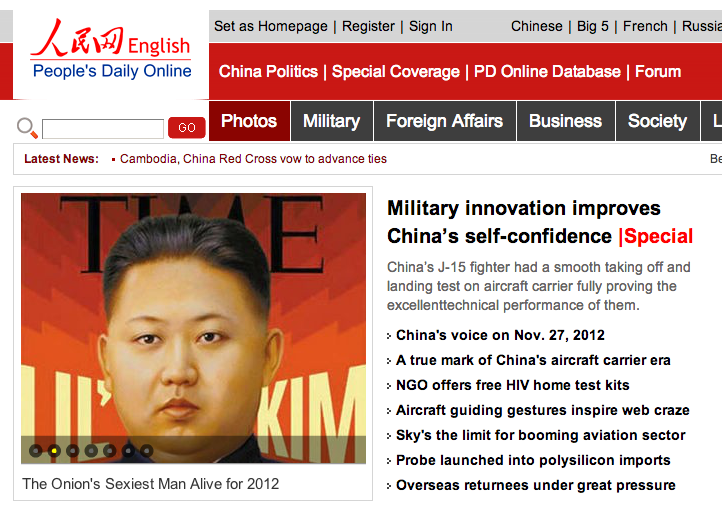 This is too perfect. The Onion — you know, that website whose lead story is currently, “42 Million Dead In Bloodiest Black Friday Weekend On Record” — named North Korea leader Kim Jong-Un its “sexiest man alive” on November 14, writing:

“He has that rare ability to somehow be completely adorable and completely macho at the same time,” Onion Style and Entertainment editor Marissa Blake-Zweibel said. “And that’s the quality that makes him the sort of man women want, and men want to be. He’s a real hunk with real intensity who also knows how to cut loose and let his hair down.”

Today, lovable klutz People’s Daily, whose lead story on its English website is currently, “Military innovation improves China’s self-confidence,” picked up the Onion’s story and repackaged it as a slideshow under the headline “North Korea’s top leader named The Onion’s Sexiest Man Alive for 2012.”

Known for its superlative coverage of North Korea, People’s Daily has published fifty-five pictures of the Outstanding Leader, several featuring him on a horse. 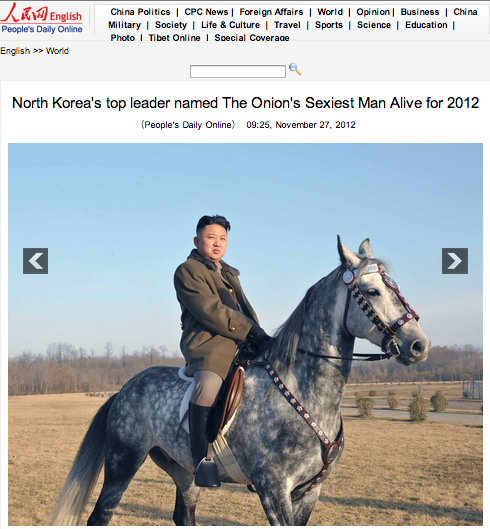 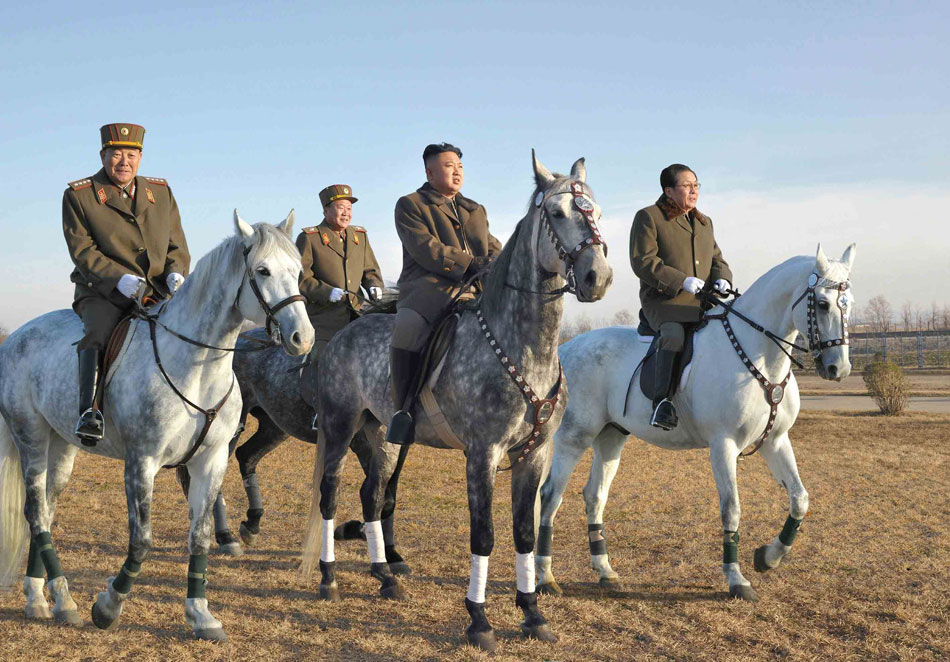 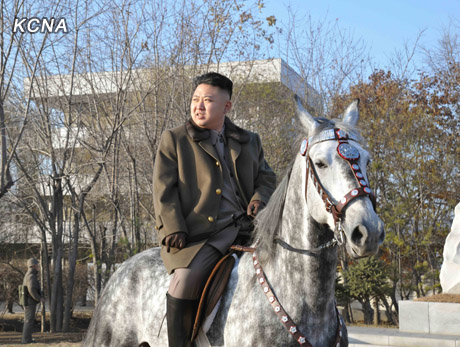 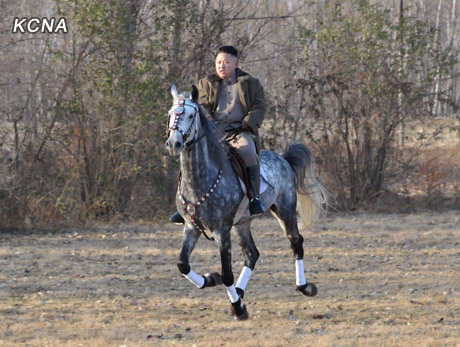 People’s Daily: once again proving there’s no need for satire when you are your own parody.

Also, this is almost too easy, but if you want to go ahead and photoshop this next picture into something out of a PSY music video, I’m not going to stop you. 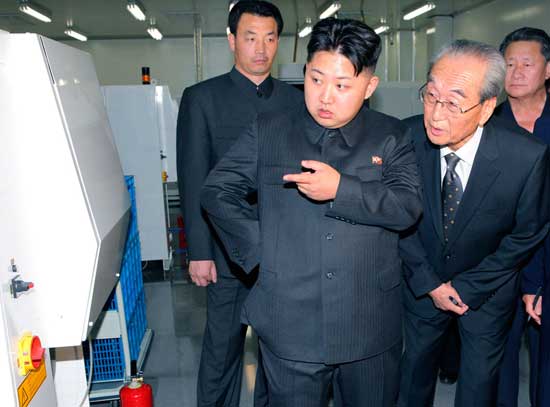