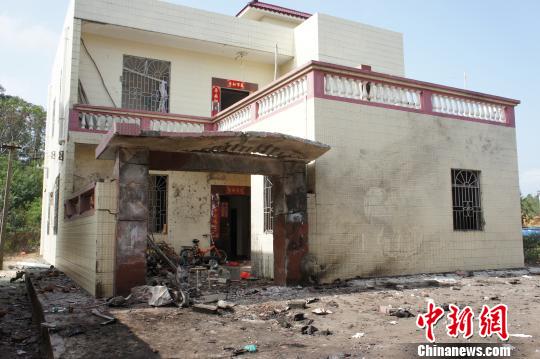 An explosion amid a banquet in Zhanjiang, Guangdong province on Wednesday afternoon resulted in at least seven dead and 18 injured, according to Chinese media.

Around 1:30 pm on February 13, according to police, a man surnamed Chen rode a motorcycle carrying explosives to the house of the Zhao family, not sure why. He proceeded to get into a heated argument with his father-in-law, attracting the attention of the neighbors, who came out and surrounded the two, watching. Chen then reportedly lit the explosives on his bike — again, not sure why. The resulting blast also blew up a nearby Xiali car.

A woman surnamed Li said the car belonged to Chen’s first wife’s son, who’s on good terms with the Zhao family. Li and her family were fortunately at a relative’s house.

A woman surnamed Pang identified one of the victims as a nurse who happened to be driving by.

Two others died on the scene, while four died at a nearby hospital. Chen was sent to the hospital, but he’s since been released.

2 Responses to “7 Dead, 18 Injured After Man Ignites Explosives On Motorcycle”