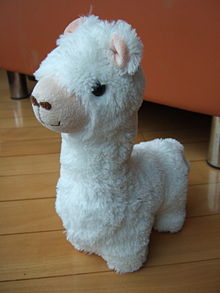 Don’t feed zoo animals. Repeat these four words like mantra. Don’t feed zoo animals. You might think it’s cute to see them chomp down your fucking chocolate, your haw chips, your plastic-wrapped apricot pastry, but then they die. Get it? THEY KEEL OVER AND CEASE TO EXIST. If this still doesn’t register in your brain, you deserve a swift punt in the gonads, because reproduction is a privilege, and you’re a pile of shit.

Over Spring Festival, an alpaca and red panda were found poisoned at Donghu Zoo in Fujian province. Vets found oleander in the alpaca, which, FUCK, I wouldn’t even eat, nor would you, nor any human being because it’s fucking poisonous. “A red panda from the zoo suffered the same fate just days later,” states SCMP, matter of factly, without resorting to expletives.

Despite repeatedly warning tourists not to feed the animals at the zoo, keepers struggle to enforce the rule, particularly during peak seasons such as the Lunar New Year break. According to the news report, visitors were seen feeding French fries to the animals.

The alpaca, by the way, is the model animal for the grass-mud-horse meme creature, i.e. caonima (homonym for “fuck your mother”). I’m not going to say there’s irony here, because there isn’t. But “fuck your mother” is exactly the thing to say to zoo-goers who feed poisonous evergreens to caged animals. Fuck your mothers very hard, buddies.