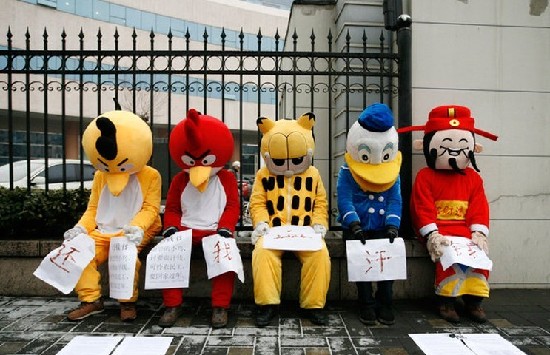 This might become a trend. Following in the footsteps of the Gangnam Style protesters, five migrant workers took to creative means to attract attention to their protest on Thursday outside the China National Radio building in Beijing. Like the Gangnam dancers in Wuhan, these men were demanding unpaid wages, to the tune of 280,000 yuan, they say. According to Sina, they represent 31 employees of different companies in Hebei province.

The characters represented (from left to right) are Angry Birds, Garfield, Donald Duck, and the Chinese God of Wealth. Short video below. 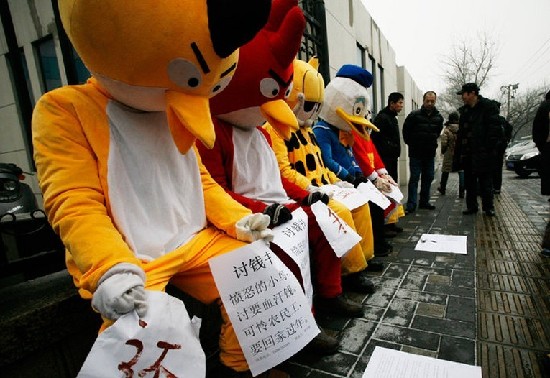 One Response to “Angry Birds, Garfield, Donald Duck And Chinese God Of Wealth Say: Pay Us”