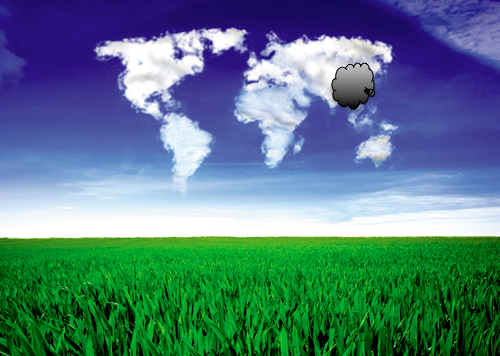 For years now, people have claimed that being green is profitable. For even longer, however, companies and countries have engaged in greenwashing, the act of deceptively marketing oneself as environmentally friendly to gain public trust and consumer karma. What exactly is the difference between a truly green institution and one that pretends to be? The question is important because when the bottom line is the same, the answer is: it doesn’t matter. And that’s troubling.

We bring this up in light of a recent report that suggests in China, those who focus on environmental issues are not only doomed to fail, but doom their careers. Via WSJ’s China blog:

Local officials who spend heavily to reduce pollution instead end up reducing their chances for promotion. Those, on the other hand, who spend big on highways and other transportation infrastructure, which may damage the environment but boost GDP, are more likely to get ahead.

Of course, this could change. It has to — in much the same way that logic dictates companies must go green to remain profitable. We’re playing with slightly higher stakes here though: there are many who argue that China needs to clean up if it wants to preserve social stability.

Herein lies the conflict. For social stability, the country needs those highways and that infrastructure, too, and to keep people employed. How many truly great projects are there that boost GDP and actively improve the environment? A few — e.g., wind, solar energy, smart cars — but not enough. A mandate must come from the top, but how much GDP growth is the central government willing to sacrifice, knowing a certain amount is necessary to keep its citizens content?

For now, this does not bode well:

The economists compared the political outcomes of spending on the environment and spending on transportation infrastructure between 2000 and 2009. Higher transportation infrastructure turned into higher GDP – and higher GDP growth brings promotions, they say. Higher environmental investment didn’t lead to the necessary jump in GDP. Career-wise, that’s a loser.

In China, Being Green Can Kill Your Career (WSJ)

2 Responses to “Chinese Politicians Who Advocate For The Environment Risk Career Setback: Report”