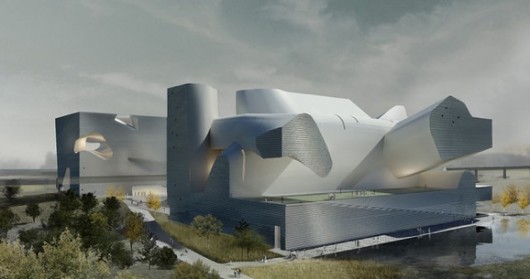 Sculptural concrete museums. That’s what these Tianjin buildings are, according to Fast Company’s Co.Design website, specifically “the exact inverse of each other, like a key and a lock, or a pair of interlocking puzzle pieces.”

The designer is international award-winning architect Steven Holl, who’s no stranger to Chinese projects. Last month he completed what Co.Design’s Kelsey Campbell-Dollaghan called “the definitive building of his career,” the Chengdu supercomplex “Sliced Porosity Block,” with landscaping inspired by an 8th-century poem by Du Fu.

The Tianjin structures, the Ecology and Planning Museums, are part of a project called Tianjin Ecocity, planned jointly with Singapore. Co.Design again:

The government bills it as “the world’s largest ecocity,” a low-carbon urban experiment that China hopes to replicate across the country. Like Masdar before it, Tianjin Ecocity will be filled with “green spaces” and “social harmony,” according to the developers (to their credit, there are also plenty of legit benchmarks in place for testing whether the Ecocity is environmentally viable model for the rest of China).

Green spaces, social harmony, and the future. Our eventual alien overlords will be proud. 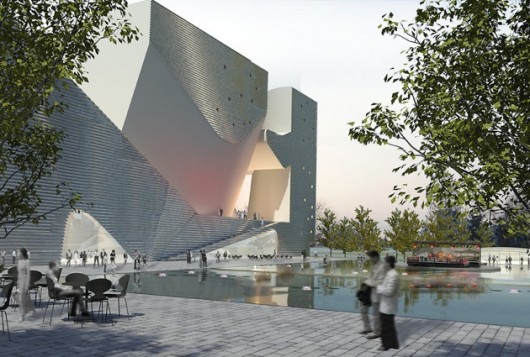 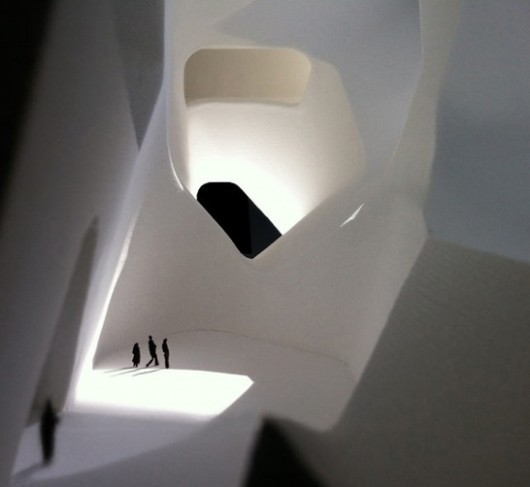