In what’s being called the “32 Dog-Saving Campaign,” netizens in Chongqing are rallying to save hundreds of dogs that were intercepted off a transport truck Friday night. The “32″ refers to March 2, the day that dozens of people assembled at the scene where canines, fresh off the truck, remained tied up or locked in cages. You can get a glimpse in the video above.

Terence Yam of Hong Kong has written the definitive post about this incident, with information culled from Sina Weibo. He wrote that because he’s not in Chongqing, the least he could do was translate the information from social media in the hope that English speakers join the cause. He’s created a Facebook page called “Save the dogs in China – 聲援 「重慶32狗狗大救援」 行動,” and written a note titled “’March 2–Dog Saving Campaign’ in Chongqing reveals Dark side of the China Government. Animal Law in China is urgently needed!” It’s this note that we reproduce below.

Read on if you can bear it. In one case, a female dog owner found her stolen golden retriever on the death truck headed for the slaughterhouse, but had to buy back her pet. Eyewitnesses say volunteers were also beaten, and speculated that the police were in cahoots with the dog traders.

“Never ever depend upon government or institutions to solve any major problem. All social change comes from the passion of individuals.”, said Margaret Mead in “The Cove”.

I saw this piece of news in China’s tweeter “Weibo” tonight.  As a dog lover and a human being, I decided to translate it and spread it to more people.  If you dislike what the government and dog trader are doing in the story I am about to tell, or you support the action of those volunteers, I urge you to spread this out through your social media network.  We may not be able to say those dogs’ life since they are already in very bad shape.  But spreading this out may help prevent it from happening again!  Thanks for your help. Regards,Terence

Here a quick glance of what happened: 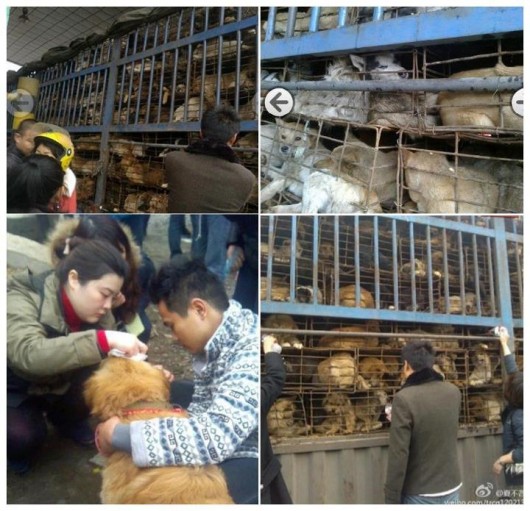 927 dogs were being transported to Chongqing for meat. A girl found her Golden Retriever on the truck and saved him. 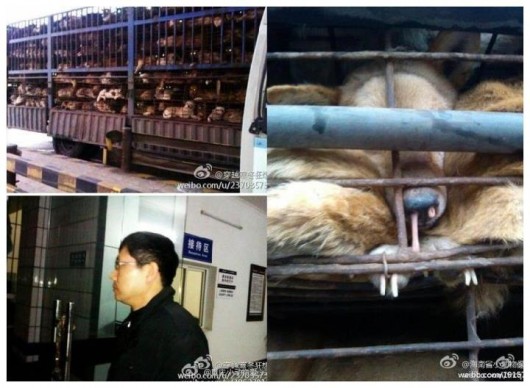 Government officials (the guy in the picture) said the dogs were in good health, while you can see the dogs were in bad shape. (The dog in the right hand side has jelly-shape nasal mucus which is the symptom for terminal canine distemper.

Volunteers got beaten under the police’s acquiescence 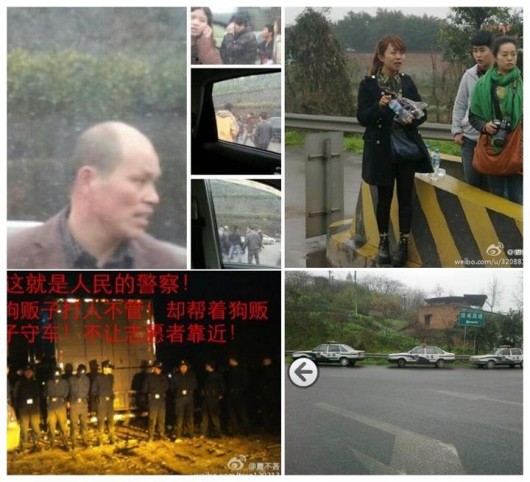 Volunteers got beaten, while the police force were guarding the truck for the traders instead of protecting the people!

Local government agreed to inspect the dogs again, but refused to use the standard suggested 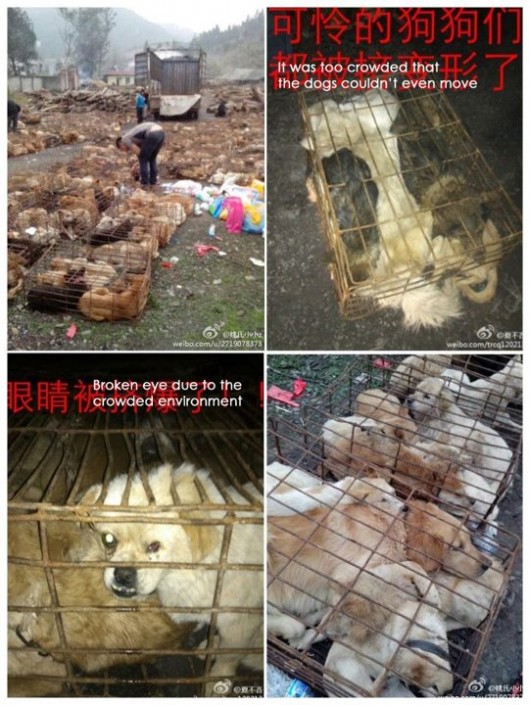 Finally they can unload the dogs. 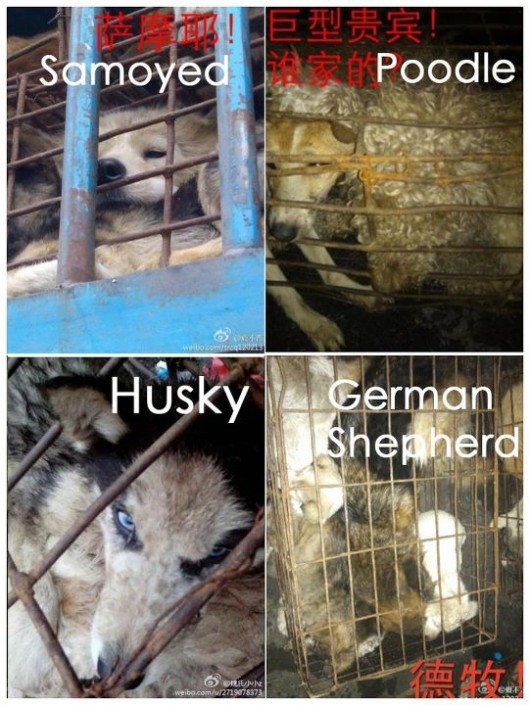 These dogs must be the beloved companions of some families.

How can you help?

Thanks for your support in advance and may god be with you.