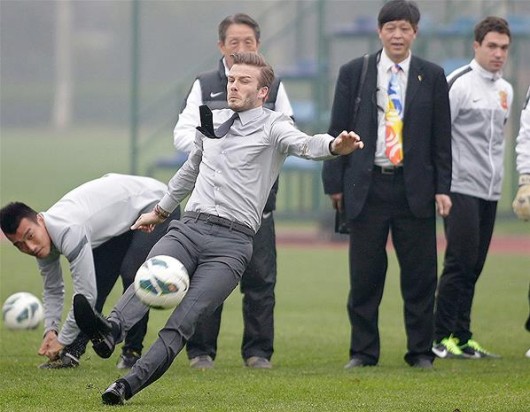 If you attempt to kick a ball while wearing loafers on perfectly trimmed grass, this is liable to happen — even if you’re the best 37-year-old free-kick-taker in the world. 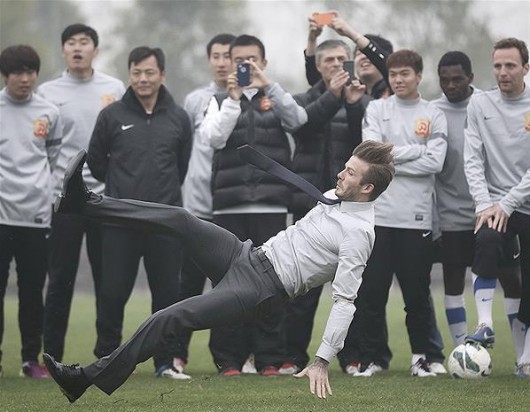 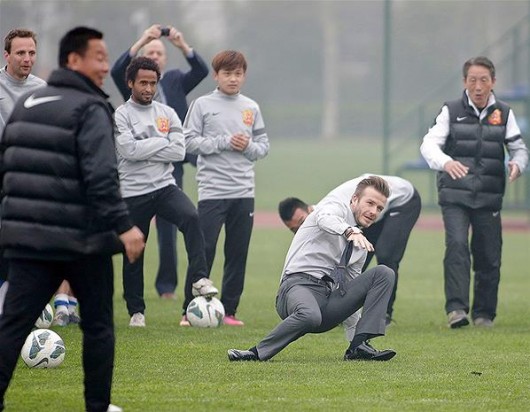 Look at that elderly Chinese man reaching out to help. Look at the dude with his foot on the ball, too cool for even bemusement. We hope the old white man in the suit whipped out his point-and-click in time.

This was in Wuhan, Hubei province on Saturday. Here’s Becks executing a much better free kick a few days earlier in Beijing.

Several British outlets have noted that Beckham slipped “again,” a reference to this disaster in the Euro 2004 quarterfinals:

Don’t get mad, English football fans. We give you this:

And one more look: 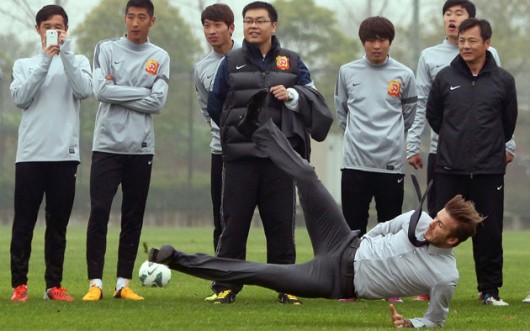 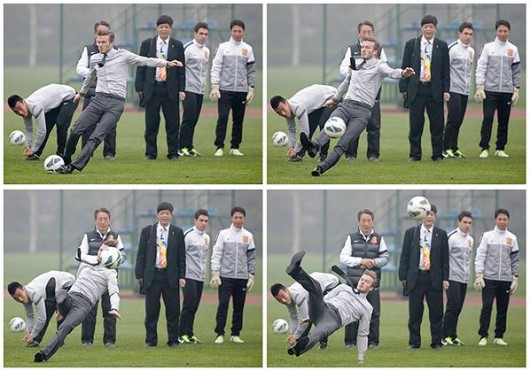 Beckham also stopped by Peking University on Sunday, where he did this: 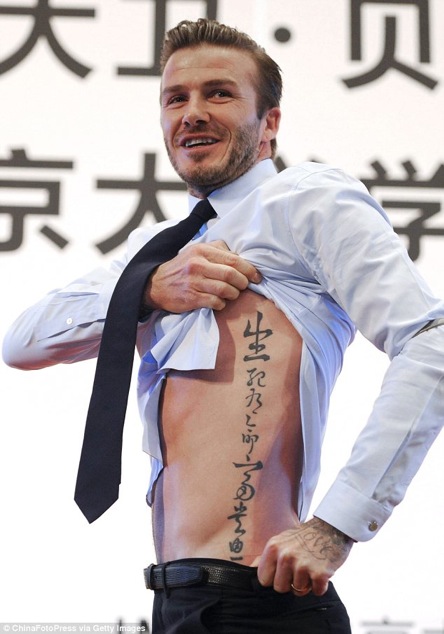 One Response to “How Not To Take A Free Kick: David Beckham Demonstrates In Wuhan”