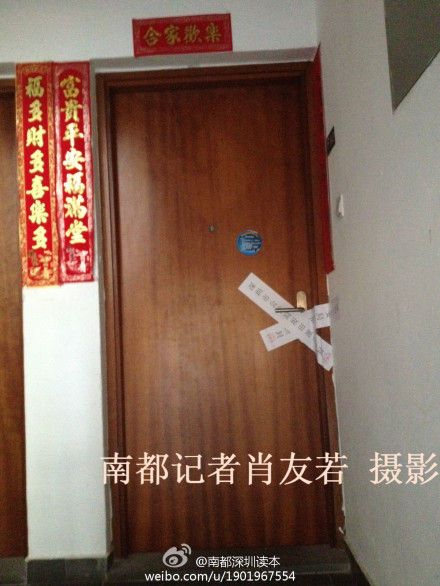 A man surnamed Chen, who was wanted for keeping a girl in a dog cage as a sex slave for a week, was arrested in Guiyang, Guangdong province, Southern Metropolis Daily reported Tuesday. Authorities identified the victim as a 17-year-old from Hunan province.

Chen, believed to be a 40-something from Shenyang, Liaoning province, met Ms. Han — initially identified as 20 years old — on the Internet last month. After meeting, he took her to his home in Longgang District and raped her, then kept her locked in a dog cage. She reportedly escaped on February 28.

The Nanfang reports via TVS:

Miss Han, 20, ran through Vanke No. 5 Garden in Bantian Subdistrict in her underwear with chains around her hands and feet screaming for help, according to eyewitness accounts.

There was also this:

Neighbours said Chen’s window had been left open for most of the past few days and they frequently heard a woman screaming, but they figured it was just a typical domestic dispute (which are totally fine, obviously).

We’ll leave the obvious unsaid for now, as we’re thankful that, for the moment, he’s at least under custody.