Sky News correspondent Mark Stone and cameraman Andy Portch were pre-recording a clip on Tiananmen Square on Friday morning for a piece about China’s leadership transition when a police officer asked them to stop.

“According to a Sky News spokeswoman, police told the pair they were detained because they were not properly displaying their press accreditation badges,” according to the Guardian.

The pair were then led to a police van, where Stone continued to speak. “Hello, yes, I’m still in the police van,” he said (see above).

They were later released and filed a report from the Beijing bureau. Everyone appears to be all right, not so much as even rattled.

According to Sky News:

Stone said that police told him the team were not displaying their passes correctly and noted that he did not have his passport with him as he is required to do.

He and his cameraman were driven in a police van to a nearby building where they were detained for four hours.

Stone said his passport was in their vehicle, which had been asked to move on.

He added: “This is just a little insight really into the way reporting works in China.

“Most of the time things are fine and for most of the day no problems at all, but then every now and then this happens.

“The police have been entirely civil with us but they are detaining us nonetheless.”

In the video embedded in the above link, Stone said they were interrupted as soon as he mentioned the pro-democracy protests on Tiananmen Square in 1989. 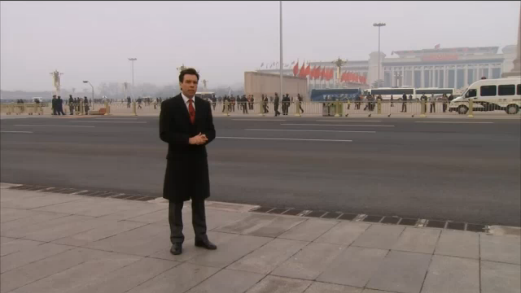 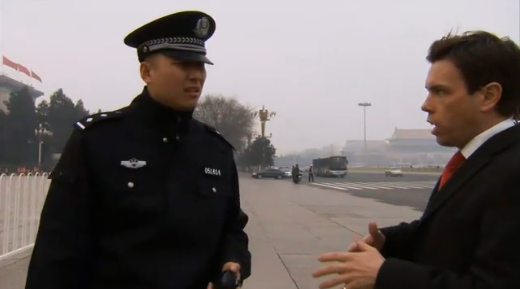 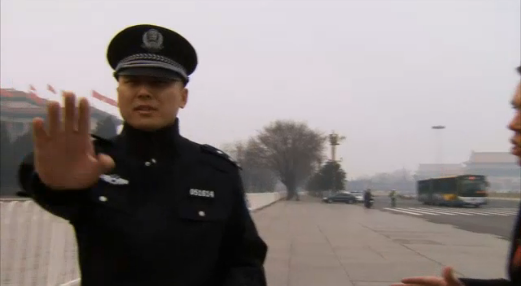