The latest art craze sweeping the Chinese Internet? Tree hollow paintings. Netizens are going crazy for art student Wang Yue’s cutesy creations, painted in the hollows of trees lining a street in her hometown of Shijiazhuang. The story has been picked up by several mainstream news outlets, including CCTV News’ “Weiguan Tianxia” program, whose host Xu Zhuoyang called them “a touch of warmth in the midst of a cold winter.” Aww.

Wang Yue and her photographer friend Li Yue are surprised by how much attention the paintings have attracted. The two girls are remaining calm in the face of their newfound fame. Initially Wang Yue was going to paint around cracks in the sidewalks, but later decided to use tree hollows. In the future, she plans to paint on the remains of demolished buildings.

Wang Yue loves cartoons of people and animals. Her designs usually include animals and scenery. She said: “I love beautiful things so much that sometimes my thought process isn’t very rational. People say that I’m too naïve, too emotional.” Since she became famous for her tree hollow paintings, Wang Yue has been working with her teachers to transform her ideas and focus more on story telling. Her latest group of works, completed on Lantern Festival (February 24) reflects her efforts. She chose a tree trunk with two hollows. In the top hollow she painted a bird looking down towards the floor and in the bottom hollow she painted a squirrel waiting with open arms as if to embrace the bird.

Just a few days after they were discovered, Wang Yue’s tree hollow paintings became a hot search term. On February 26, it was listed as an entry on Baidu’s Baike encyclopedia. The entry details the date and location of the paintings, along with a description of their creative style and a series of pictures. Netizens commented that the Baidu entry is proof of their support and encouragement for Wang Yue’s art.

So does this mean we can expect to see an explosion of street art across Chinese cities? Apparently CCTV’s Xu Zhuoyang seems to think it does. We’ll let you be the judge:

Many netizens have commented that Wang Yue’s paintings have become popular not just because they’re charming, but more for the love and respect they show for the urban environment. In some small way, every urban citizen owns a part of the city they live in. Wang Yue saw the flaws in her city and decided to do something to make it more beautiful. As CCTV host Xu Zhuoyang commented, Chinese cities lack the creative outside art installations that are found in many cities abroad. On the whole, Chinese urban citizens have very little say in urban design and management; perhaps they should be given more chance to participate. 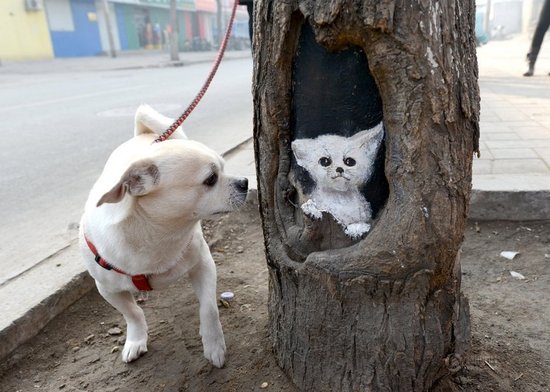 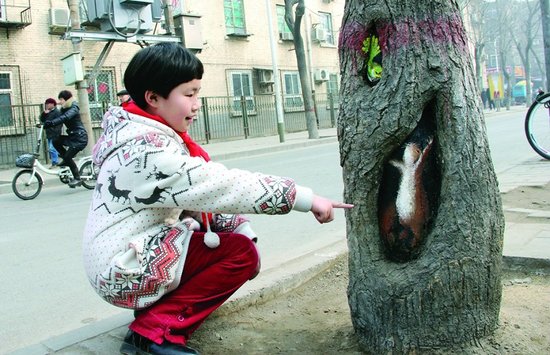 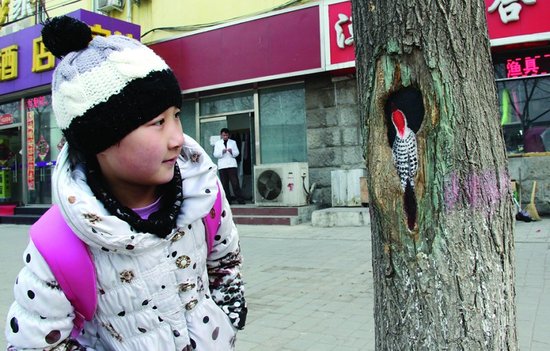 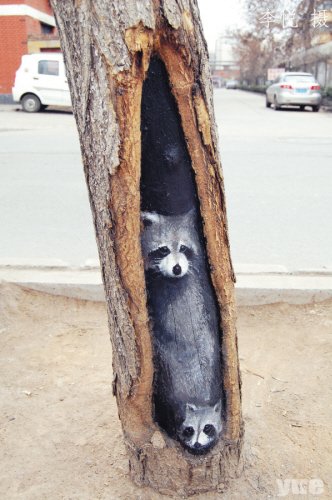 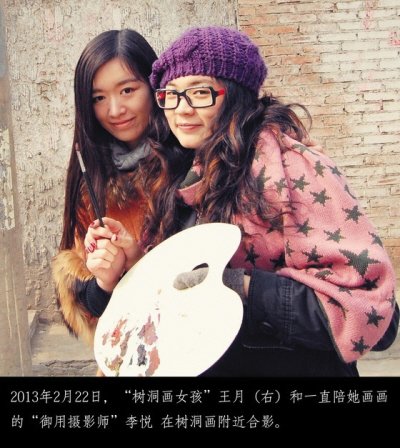 Robynne is a writer, translator and Chinese graduate living in Beijing. She tweets @frommyplate.