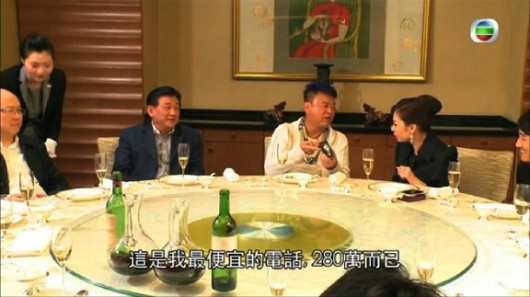 The largest television station in Hong Kong, TVB, has been catching flak for the reduced quality of its entertainment programs, from soap operas to games shows. Recently, the station introduced a new travel show, “Nat Around The World” (叻哥遊世界), in which host Natalis Chan travels luxuriously with his friends to places such as Dubai, Milan, London, Tanzania, and, of course, mainland China. The episode aired on March 7 and has received particularly harsh criticism from Hong Kong netizens for being extremely ostentatious.

In the episode, Natalis and his friends are greeted by two so-called local celebrities, and together they enjoy a dinner worth HK$60,000. Natalis humbly shows his “cheapest” mobile phone to his friends – one that’s worth HK$2.8 million.

Natalis’s phone looks like an ordinary low-end fold-up, and its specifications are probably slightly better than a Nokia 3310. So why is this phone so expensive? The host reveals the secret – melded into the mobile is a tourbillon watch. 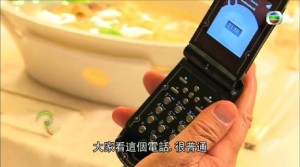 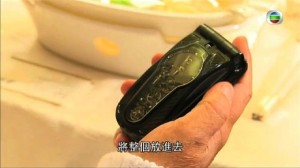 Who but a parvenu would purchase such a thing? Next time, to show off, perhaps Natalis can glue the deeds to his house to his mobile.

Or maybe he can film himself giving to charity. At least that type of flaunting won’t cause viewers to call him an idiot for carrying such lavishly nonsensical items.