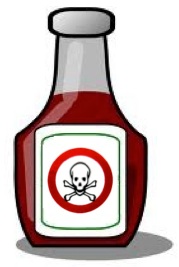 A chef’s carelessness has left one dead and 20 sick, including two in critical condition.

Xinhua reports that a cook in Inner Mongolia mistakenly used pesticide, identified as carbofuran, instead of edible and non-poisonous sauce while whipping up lunch on Tuesday. Those who ingested it were migrant workers working on the Beijing-Tibet Expressway expansion project in Baotou, employed by the Inner Mongolia Highway Engineering Co.

The cook was among those who fell ill. There’s no word on whether he’s been charged, but the case is a “crime of negligence,” say police.