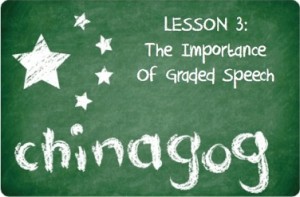 It’s been a stressful day for you, the stared-at, harried, overworked (up to 30 hours this week, for chrissake!), hungover foreigner. Your Chinese is just good enough for you to order an 二号套餐 at McDonald’s, but the girl at the counter just stares at you blankly when you order 谁比. You repeat: 雪笔. 水碧. Nothing but a blank stare. Screw everything, you say, then point at the fucking Sprite and tell her “那个!” You’ve taken to walking everywhere backwards in a vain effort to avoid the e-bike ninjas sneaking up on you and ringing their satanic bellhorns for the grave, bourgeois offense of being a pedestrian on a fucking sidewalk. A sidewalk. You lose half your voice spewing invective in English at the asshole in a Santana who nearly de-limbs you after running a red light…

A day like this can only end well if you’re plastered in a bar. You text your friend. Bird Bar. Good people. Your friend appears concerned when he arrives because your face is the color of a maraschino cherry crossbred with a ghost pepper. Flickers of rage are in your pupils. “Let me tell you about this fucking day in this fucking country,” you start, and what follows is an unrepeatable string of profanity, unbridled anger, bile and utter hatred. A crowd starts to gather, rubbernecking with no discretion. None of them have a clue what you’re saying. You might as well be this guy, just with more frowny-face and frustration with… well, nobody knows because you’re speaking so fast and none of them have gotten out of the first round of swear word bracketology.

(As an aside, the first piece of advice I give to people moving to or visiting China is thus: never use the words “fuck” and “China” in the same sentence, no matter the context. They’re the only two words that everybody knows and they can elicit quite a strong reaction. A friend was jumped by five dudes after exclaiming, “I fucking love China!” in a bar during the Beijing Olympics. He went to the hospital and had a fun three-day stint in jail. The more you know!)

Native speakers are naturally wired to understand and express English in an abstract, idiomatic, and compressed way. We speak fast, pepper our speech with cultural references and clever bon mots, and expend as little effort as possible. The reason that the schwa /Ə/ is the most common phonetic sound in English (and the sound we make in interjections like “uh” and “um”) is because it requires the least amount of mouth and tongue positioning to pronounce. Over-pro-noun-cing your words might slightly enhance communication, but let’s be honest: it kind of makes you sound like an asshole.

On top of that, English is a rare stress-timed language, which means that we emphasize the important words in sentences and mumble grammatical clutter. For example: say the sentence, “I’m going to go to the store today” quickly and out loud, as if talking to a friend. It probably came out more like “’mg’na GO’n t’da STORE t’day.” Native speakers have a well-trained ear to catch the mumbled grammar, but it can be really difficult for even high-level non-native speakers to understand.

Even native English speakers who speak relatively good Chinese may have to spend a significant amount of time using English in China. You may have friends or coworkers who take advantage of every opportunity they’re around you to practice their English. (Another aside: although I know a lot of people find this annoying, it’s much harder for a Chinese ELL to find English language partners than it is for laowai to find people on whom they can unleash 汉语. I mostly applaud their pluck, so long as they aren’t some random guy in a bookstore trying to get your phone number so he can call you at two in the morning to ask you stupid questions). Whenever native English speakers interact with non-native speakers, we develop strategies to grade our language and enhance communication. While it’s great if you possess the speechification skills of Barack Obama or MLK Jr., at the end of the day the goal of language is to be communicative, and if your audience (of one or a hundred) doesn’t pick up what you’re laying down, you might as well be talking to a wall. It’s especially important in teaching, and grading your speech in a way that makes your students feel comfortable is an important aspect of classroom management.

If you don’t grade speech, you’ll be like that McDonald’s cashier who can’t tell “Sprite” from “snow pen” and “water jade.” Some people cock their heads to the side, raise their voice and talk.like.pa.tron.i.zing.ro.bots. Others will grade their grammar and remove any fluff that has the possibility of confusing their students. “You. Page two. Do now.” I have a few alternative techniques that have been quite helpful.

I make sure to be very mindful of what I’m saying. Depending on the students’ levels, I will do my best not to mix tenses or include too much ambitious vocabulary. While I do slow my rate of speech, I make sure to use normal word emphasis, and if what I’m saying is clearly confusing my listeners or going over their heads, I repeat what I said in a different way. The higher the student’s level, the more I’ll challenge them with faster speech, more complicated grammar and more specialized vocabulary. It’s all about challenging students without making them feel uncomfortable or intimidated by the language.

Most of my students now are thousands of miles away from home and surrounded by people speaking fast native English that sounds completely different from what they’ve learned in school. It’s important that they do their best to have a conversation with the cashier at Safeway, make small talk with their neighbor or watch an episode of Community and sort of get most of it. Authentic interaction is quite important for meaningful language acquisition. However, their TEFL classroom should be one where they feel safe making mistakes, and are presented with an accessible form of English.

Previously: You’re Just Not That Interesting: Motivating Yourself To Motivate Others

One Response to “Chinagog: The Importance Of Graded Speech”