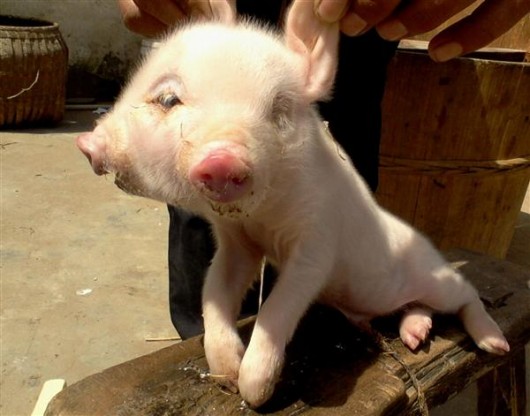 On the morning of April 9, a sow in Jiujiang, Jiangxi province gave birth to a dozen piglets, including this one with two heads. The adorable newborn is reportedly 28 centimeters long and weights 1 kilogram.

Don’t get too attached though, because it’s not expected to live long. Those with polycephaly don’t usually survive to adulthood.

The pig is owned by a villager surnamed Ouyang, who hopefully thinks better of giving it a water funeral.