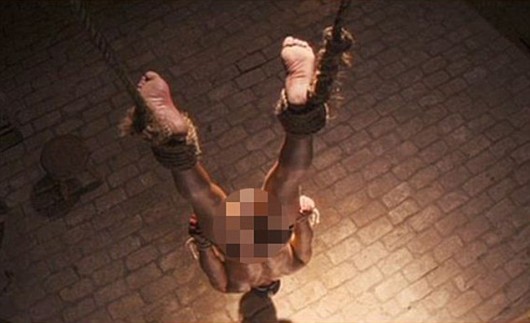 Django Unchained is ready for mainland Chinese theaters again. According to Sina, Quentin Tarantion’s revenge epic will be screened beginning May 7, with “full-frontal nudity removed.”

There was hardly any full-frontal nudity in the movie to begin with, but if that’s what it takes, so be it. By now everyone who wants to see it probably has online or via pirated DVDs, but whatever. Censors work in mysterious ways.

Studio execs are happy, according to Reuters:

“We are delighted that audiences throughout China will be able to experience ‘Django Unchained’ beginning Sunday, May 12th. There is tremendous excitement, anticipation and awareness for the film and we thank the local authorities for quickly resolving this issue,” Columbia Pictures said in a statement.

I’ve always thought, by the way, that the Cultural Revolution would make an excellent backdrop for a revenge flick. Who wouldn’t want to watch murdering Red Guards get their comeuppance?

We can only hope a young, aspiring director watches Tarantino’s latest and gets the same idea, letting it marinate for a decade, maybe two, until a time when China has sufficiently opened up to allow such a movie to be made.