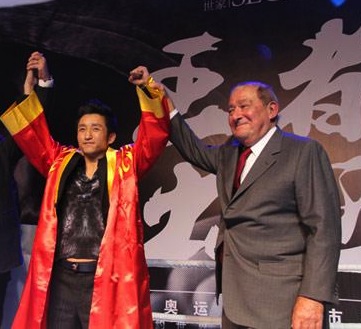 I call it the Weibo Rule (though in my head, Kripke from The Big Bang Theory is the narrator, and it’s the “Weibo Wule”). Take any China number widely quoted in Western media and divide by 10.

Forbes proved the rule recently, pushing the “Sina Weibo has more than 500 million users” line when, by Sina’s own admission, active users are under 50 million. Here’s Forbes again, this time on why 14-year-old Chinese golfer “Guam” (sic) Tianlang’s heroics at the Masters make him a golf ambassador to “billions.” (I’m not picking on Forbes, just the low-hanging fruit.)

It’s one thing for the advertisers, the promoters and the spin men to push out some headline numbers (and then explain in the small print why those numbers might be misleading). That is, after all, their job – to hype up their chosen field and get the moneymen drooling. A quick Google search, for example, will show you all manner of media saying that Manchester United have 108 million fans in China, when of course they have nothing of the sort. But it certainly helped the club’s IPO go that much more smoothly.

Is China really still that unknown in the West that readers – or, more crucially, writers – just swallow these inflated numbers without questioning?

In Greg Bishop’s NYT piece, he paints a picture of the aging promoter Bob Arum, for whom China just happens to be the Next Big Thing in a lifetime of Next Big Things. China is not exactly an untapped market these days, but the numbers can be used to make a compelling picture. Quite where the organizers came up with a figure of 300 million TV viewers for the Zou Shiming fight is anyone’s guess (a guess is likely what it was). A more rational total – taking into account all the usual asterisks when dealing with opaque Chinese data – would be closer to 30 million.

Let’s not forget, though, that lost somewhere in the hyperbole about how the Chinese will soon dominate golf, tennis and the rest is a huge amount of potential, of which at least some will be realized. Sina Weibo might not have 500 million users, but 50 million still equates to an awful lot of page views, trumping all but a handful of sites worldwide. Back in the sports world, don’t expect the Chinese to ever become as dominant in tennis and golf as they are in table tennis and badminton, but we will undoubtedly see more athletes of the caliber of Li Na and Guan Tianlang.

HBO broadcaster Larry Merchant’s comments on boxing’s global expansion could just as easily be applied to China’s entire sports industry: “The number of zeros on the estimates are staggering, unprecedented and tantalizing to a promoter. Where it goes, nobody knows.”

One Response to “Exaggerated As It Might Be, Boxing’s Potential In China Looms Large”