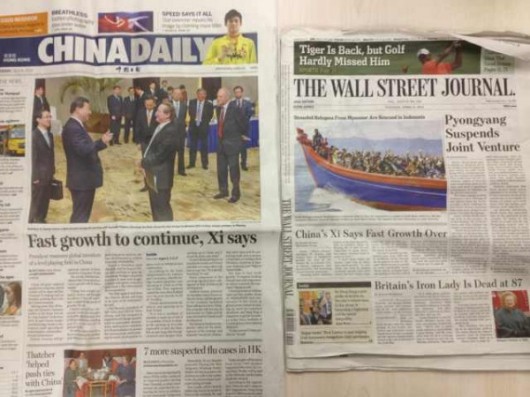 Are you at the Beijing Improv Comedy Festival? Links, then.

Those dead fish? Buddhists. “The 250 kilograms of dead fish taken out of waterways in Songjiang District may have been released by Buddhist followers who freed captive animals to celebrate the birth of Guanyin, the Buddhist Goddess of Mercy, officials said yesterday.” (Shanghai Daily)

10 dead from bird flu, but… but…! “A gene mutation known to help resist Tamiflu, one of the drugs recommended for treating H7N9, was found in the first of three H7N9 specimens from a Shanghai patient. The mutation, known as R292K, causes high-level resistance to the Roche-made drug and reduced sensitivity to a related drug from GlaxoSmithKline, Relenza, also recommended for treating H7N9 patients, according to information posted on the website of the Global Initiative on Sharing Avian Influenza Data.” (SCMP)

Banned books in China find sanctuary. “For mainland Luddites who prefer to sit down and read a book that their government has determined unsuitable for general consumption, the closest thing to a 3-D VPN is People’s Recreation Community, a tiny bookstore in Hong Kong’s Causeway Bay known for selling the widest range of banned books available in greater China.” (The Atlantic)

Django castrated? “Most Chinese netizens are angry, thinking it was extremely stupid to cancel a movie on the day of its release. But they also have their own guesses – the movie was cancelled because of multiple nudity scenes, especially Django’s exposed penis.” (Offbeat China)

Qiaodan, Chinese shanzhai company, sues Michael Jordan for suing them. “They actually went ahead and filed against Jordan, according to news reports. I assumed earlier today that it was a counterclaim and that all of this would be dealt with in Shanghai, but as I read up on the news this evening, I found it was a separate suit filed in Fujian Province. Still a ridiculous suit, though, and the case should not be accepted (but you never know – these guys essentially filed the case on their home turf, and you know what that means).” (Stan Abrams, China Hearsay)

Headline: “Bird flu coverup denied.” “Shanghai health authorities denied Wednesday that they had covered up cases of the new strain of avian influenza virus, H7N9, or delayed informing the public of findings of the virus. // Lu Hongzhou, deputy director of the Shanghai Public Health Clinical Center and one of the researchers studying the new virus, told the Global Times that Shanghai authorities did not stifle news of the virus after it was first detected in early March.” (Global Times)

Li Chengpeng, public intellectual, on Chinese society. “‘I am a patriot, and I love this country, but I have to remind myself not to become a nationalist,’ he said at the talk. ‘Football has international rules and no national characteristics, like wearing special shoes. It’s not that Chinese players wear fake shoes.’ // ‘I have discovered that China’s football and China’s current society are similar,’ he said. ‘A game’s result, everyone knows it already. Who is going to appear in the next season, we already know. Who is the enemy, we know that, too.’” (SCMP)

Tell it like it isn’t, please. “A teacher at a a primary school in Foshan has issued a public apology to students and parents after sending out a group text message to parents calling his students ‘trash’ after performing disappointingly in an English test on April 9, Guangzhou Daily reports.” (The Nanfang)

“For the love of his gay son: A Chinese father’s coming out story.” (The Nanfang) 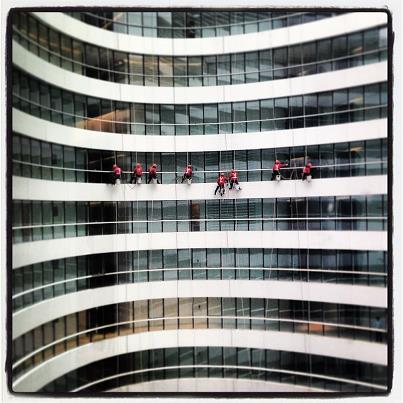