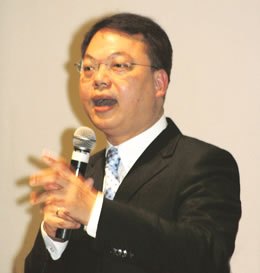 Enoch Lam, a very high-profile pastor-comedian in Hong Kong, recently asked his fans on Facebook, “How should (Christians) respond to the recent controversial comments made by Starbucks CEO Howard Schultz regarding the company’s support of gay marriage?”

This is the same Pastor Lam who once equated homosexuality with drug abuse and theft. Lam also said that “even though homosexuality is inborn, it doesn’t mean that it is legal.” (Oh Hong Kong, you can be so bigoted when you want to be.)

It’s no surprise, then, that the answers Lam got went something like this:

“In order to obey God’s laws on defending marriage as a relationship between a man and a woman, we (Christians) should boycott Starbucks! (We’re) determined to uphold traditional marriage!”

“If boycotting Starbucks means supporting traditional marriage between a man and a woman, then I’ll never visit any Starbucks again!”

“As far as I know from the Bible, gays and lesbians are abnormal and homosexuality is a sin.”

Some Christians who support the boycott also point out that they shouldn’t purchase any Starbucks products, as the company’s logo is an image of a lascivious siren in Greek mythology. Pagans!

What these people are experiencing here is spritual mysophobia. But the reality is, pagan images are everywhere, to say nothing of companies that support gay rights. Nike, for example, is the name of an Egyptian god. And Jeremy Lin, the darling of many Chinese Christian churches, is one of Nike’s spokespersons. Oh yeah, Nike happens to support gay marriage, too.

Levi’s, Amazon, Microsoft, Apple, Google, IBM… boycott them all, you crazies. Lest you want to be called a mindless hypocrite who follows a dogmatic pastor.