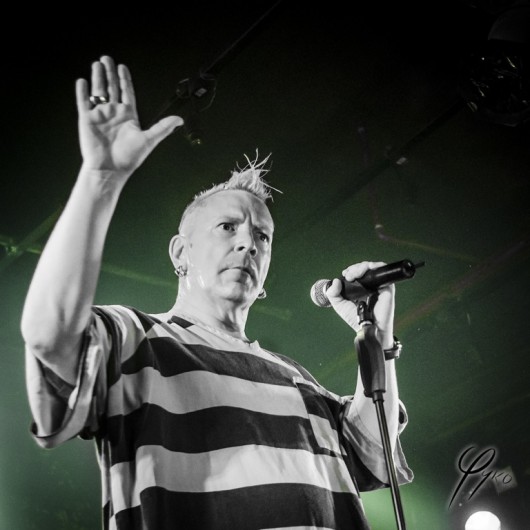 Pictures of PiL at Beijing’s Yugong Yishan on Saturday, via Foukography; if you haven’t yet, check out Pete DeMola’s words on the subject.

Dissent Magazine really rolled out the China stories this week. Short work week this week thanks to Tomb-Sweeping Day (which means a longer week next week, yay), which means it’s holiday links time.

What a cruel April Fools’ joke. Love it. “One of the Chinese Internet’s most popular microbloggers, former Google China chief Kai-fu Lee, became the perpetrator of one of the country’s most pointed April Fool’s jokes on Monday morning. // In a post on Twitter-like microblogging service Sina Weibo, Mr. Lee announced to his 35 million followers that Facebook and Twitter – both long blocked by the Internet censorship system commonly known as China’s Great Firewall – had suddenly become available. // ‘You can now get on Facebook and Twitter in China! No need to jump over the wall! The image below will tell you how!’ he wrote.” (WSJ)

Day in the life. “Over the past year, Wang was stationed near the Guangdong provincial government’s Beijing bureau near the capital’s western Third Ring Road. His job was to help Guangdong officials detain people who had come from the southern province to Beijing to file petitions and then escort them home. There were 20 or 30 others doing the same job he was working under the same supervisor, and there were more than four supervisors providing the service to officials from all over Guangdong stationed in Beijing.” (Caixin)

How reassuring. “No bird flu virus was found in dead pig samples from a river that provides drinking water to residents in Shanghai where two died in the first human infections of a new avian influenza strain, authorities said Monday.” (Xinhua)

Not cool. Not cool at all. “A man suspected of harassing women on a bus in Wenzhou, Zhejiang province, has been arrested and charged with provoking trouble, according to the Hangzhou-based news portal Zhejiang Online. // The man, surnamed Xu, confessed to sticking needles into several female passengers, Lucheng Public Security said on Sunday. Xu said he stabbed the women with needles to ‘attract attention’ and hoped it would lead to a relationship.” (China Daily)

More on Tim Cook’s apology. “Most successful companies in China — whether large or small — also need to demonstrate that they’re capable of government- centricity. That is, they need to be able to please the powers with authority over them, or at least prove themselves so inconsequential as to be not worthy of attention.” (Adam Minter, Bloomberg)

“China’s Youth: Do They Dare to Care about Politics?” (Alec Ash, Dissent)

“What are the North Koreans doing?” Not much. (Peterson Institute for International Economics)