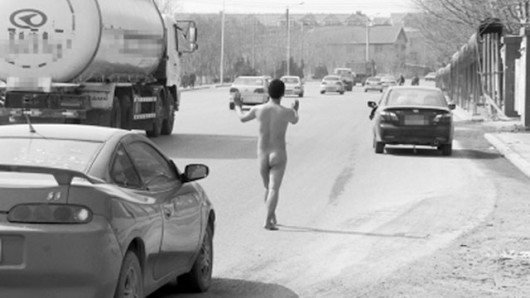 Holy crap there are a lot of links today. Quickly, to it.

Hu Yaobang! “April 15th is almost as sensitive an anniversary in China as the actual suppression of the protests that began on the evening of June 3rd.  For years, the day passed with little mention of its significance in official media as the Party tried desperately to suppress anything that would revive positive memories of a movement it has always cast as a ‘counterrevolutionary rebellion.’ // It was significant, then, that Liberation Daily, Shanghai’s main Party newspaper, ran two lengthy essays on Monday, each extolling Hu Yaobang as a reformer, while another essay originally published on the website of the Party-controlled China Youth Daily revisited political errors in the coverage of his death.” (WSJ)

Pulitzer Prize in fiction goes to Adam Johnson’s book set in North Korea, The Orphan Master’s Son. “‘People thought I was crazy to be writing on North Korea. They said, “You’re just some dude in California!” But one of the things I discovered through my research is that most North Koreans can’t tell their story. It’s important for others to hear it, though. So I had a sense of mission to speak about the topic,’ Johnson said. // ‘It’s an unverifiable place,’ the author said of North Korea. ‘But to the fiction writer, the myth, the legend, the fables are all powerful tools to create a psychological portrait.’” (The Guardian)

Remembering Sun Zhigang. “Ten years ago, a young migrant worker, Sun Zhigang, was brutally beaten to death whilst in police custody in Guangzhou. When the incident was reported by the Southern Metropolitan Daily at the end of April 2003, it caused a national outrage and mounting public pressure forced the newly installed government in Beijing to quickly dismantle regulations controlling the movement of migrant workers in an attempt to prevent a similar tragedy in the future. // The Sun Zhigang incident was perhaps the most important event of 2003 in terms of legal reform to protect the rights of migrant workers.” (China Labor Bulletin)

Sita Chan killed in car crash. “Hong Kong singer Sita Chan Hei-yi died on Wednesday morning after crashing her car in Yau Ma Tei. // Chan, 26, was driving on the Hoi Po Road flyover when she lost control of her car and hit a kerb before crashing into a central divider. // She sustained serious injuries and was rushed to Kwong Wah Hospital, where she was certified dead shortly after 4am, a police report said.” (SCMP)

This guy, whose family posted $2 million bail. “The family of a 25-year-old woman who was killed in a collision in Des Moines is in the midst of negotiating a settlement with the family of the man accused of causing the crash. // Yichun Xu and his attorney appeared before the court Wednesday at the Regional Justice Center in Kent.” (KiroTV)

Baidu in America. “It doesn’t look like much. The brick office building sits next to a strip mall in Cupertino, California, about an hour south of San Francisco, and if you walk inside, you’ll find a California state flag and a cardboard cutout of R2-D2 and plenty of Christmas decorations — even though we’re well into April. // But there are big plans for this building. It’s where Baidu — “the Google of China” — hopes to create the future.” (Wired)

This guy’s not writing a “Why I’m Leaving China” column. “Marshall Nicholson, managing director of Chinese investment bank China International Capital Corp., was naturalized as a Chinese national and renounced his U.S. citizenship at the U.S. consulate in Hong Kong Friday, according to an email Mr. Nicholson sent to his friends and colleagues.” (WSJ)

Deng Xiaoping def. Margaret Thatcher via TKO. “The return of the territory to Mother China was going to happen whether the Iron Lady and the British people liked it or not — and in the manner that Beijing, not London, wished. // ‘He was obdurate. … He was not to be persuaded,’ recalled Thatcher of the exchange with Deng in September 1982. ‘At one point he said that the Chinese could walk in and take Hong Kong later today if they wanted to.’” (Japan Times)

A trip down the Grand Canal. (Ian Johnson, National Geographic)

Just introduced to this new China site: (East by Southeast)

Blocked on Weibo, the book, by Jason Q. Ng. (The New Press)