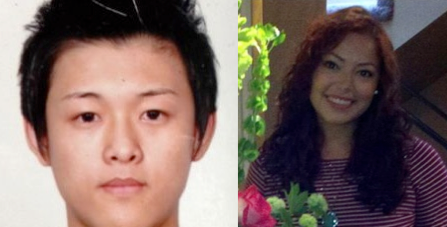 Yichun Xu, 19, was charged with vehicular homicide in Des Moines, Iowa Washington on November 10 for speeding through a stop sign and crashing into a car full of people, one of whom later died from her injuries. Xu was driving four female passengers and reportedly going up to 70 miles per hour in a residential neighborhood. As reported, Xu was visiting the US for eight weeks to attend Puget Sound Community College. He drove a 2008 Mercedes C300 he had purchased four days earlier despite not having a valid driver’s license or prior driving experience in the US (as he told police). Investigators also found empty beer bottles in his car from a party he and his friends attended the night before.

Xu pleaded not guilty on December 6 and was ordered to be held at King County jail on a $2 million bail. “The bail was set at a high amount due to fears that Xu would flee to China if released,” reports Sina.

Ian Goodhew of the King County Prosecuting Office Attorney’s Office said it was rare for that much money to be posted.

Via SCMP, netizens who heard this news were outraged. “Many were concerned that the court might not get Xu Yichun back to the US if he returns to China. There is no extradition treaty between the US and China.” It’s unclear whether they feel a little better knowing the court confiscated Xu’s passport.

A microblogger, called “Pretending in New York” and describing himself as living in the US, shared a report by www.kirotv.com on Sina Weibo, a Chinese Twitter-style site, on Tuesday morning. The report revealed more details about Xu Yichun’s background from the Hong Kong-based Sing Tao Daily.

The report by a Sing Tao Daily reporter in San Francisco said Xu Yichun was from a rich family. His father, Xu Zhaohong, was the chief executive of taxchina.com, a prominent mainland tax and accounting firm.

“[Some of] the second generation of China’s rich families are trouble makers in other countries,”  said “Pretending in New York” – which attracted a lot of praise from Chinese netizens.

This post and many related ones were deleted. (Perhaps because Sina fears they are simply rumors? more likely, because they don’t need netizens getting angry during the Two Sessions.)

The victim in that crash was 25-year-old Brenda Gomez, pictured above, whose family is represented by David Nold. According to the above-linked Kiro TV story:

“His attorneys tell me, and I take them at their word, that he wants to stay and face these charges and do the right thing. I’ve never met the parents, so I can’t speak as to their motives, or what they’re going to do next,” said Nold.

Nold said it’s frustrating to Gomez’s family not knowing Xu’s intentions or what it would do to his family to lose $2 million in bail money if he fled.

“It’s unfathomable to them how someone could walk into jail and pay $2 million, a sum of money that is quantifiable (but) a lot, and then perhaps be gone,” Nold said.

It would take some serious maneuvering for Xu to flee the country — even though, as it’s been shown time and again, money can buy a lot.

(H/T Alicia) Ed’s note, 2:12 pm: We’ve changed the headline so there’s no confusion about which Des Moines this happened in (Washington, not Iowa).