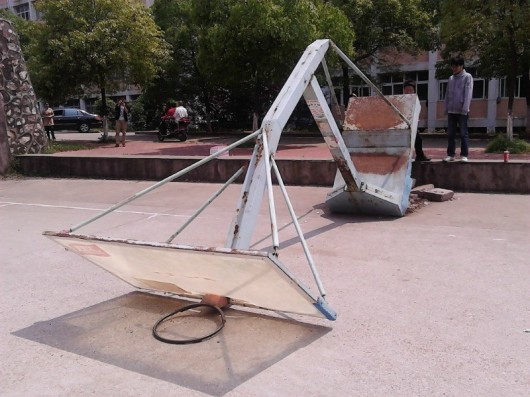 A first-year student at Jinggangshan University in Ji’an, Jiangxi province was killed on April 9 when a basketball hoop fell on him. This is not in dispute. What is less certain, however, is why the steel hoop fell.

“The basket leaned down so it was easy for the 1.71m-height boy to reach. And there was problem with the base,” says university publicity chief Guo Chunxin, relayed by Nick Bedard of The Basketball Buddha. According to this version of events, the basketball goal collapsed after the student dunked and hung on the rim.

Others say this was not the case. According to NetEase Sports, the student was warming up with friends and was merely “approaching the basket” when it suddenly lurched forward and toppled onto him. Was he attempting to dunk? Was the hoop in such a state of disrepair that the rim hung low enough for a five-foot-seven person to grab?

His friends immediately called the ambulance, but the young man could not be revived.

Later that day, notices were posted on all the basketball hoops in the area saying they were not to be used. Take a look, as posted by NetEase: 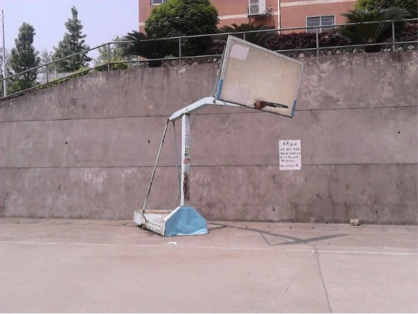 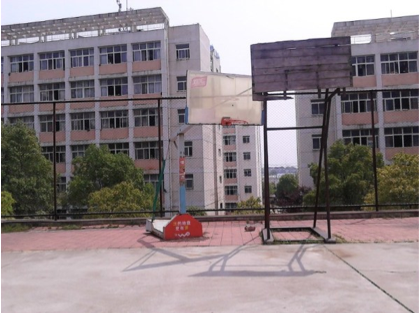 In the following picture of the fallen hoop, it almost looks like concrete blocks were placed underneath to serve as counterweight. They didn’t work very well. 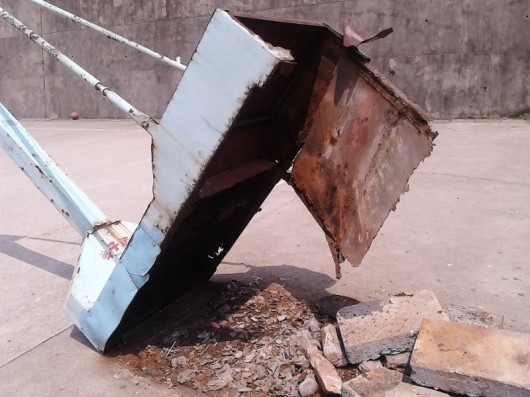 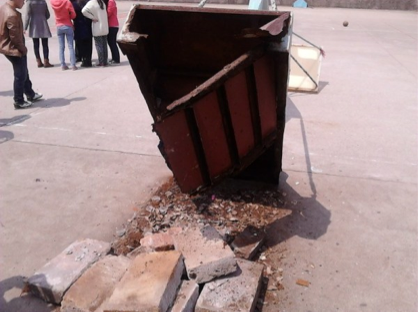 The student was reportedly from Ningbo, Zhejiang province. His parents have been notified.